Since the 1980s, presidents have made proclamations to declare March “Women’s History Month.”1 It’s a month to celebrate the contributions women have contributed American history. While there are more women who have contributed to history than can be covered in this article, we’re going to explore some of the local and national figures who have helped to shape American and women’s history. 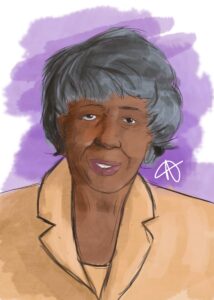 Alma Speed Fox was a key player in the Pittsburgh Civil Rights movement. After moving to Pittsburgh from Cleveland, OH, in 1949, she became extremely active in the fight for equality. Since the 1950s, she was an active member of the Pittsburgh branch of the NAACP; Alma worked as the executive director from 1966 to 1970.2 Her work history includes marching against Duquesne Light Company, and leading a demonstration in 1968 to demand job access for Blacks against Sears and Roebuck.3

She expanded her fight for Civil Rights to include women’s equality when she joined the National Organization of Women (NOW). In 1978, she was sent to the National Women’s Conference as the Pennsylvania delegate.4 According to the In Sisterhood website, Alma S. Fox was awarded the Wilma Scott Heide Pioneer Feminist Award from the Pennsylvania chapter of NOW. This award recognized her contributions to the fight for equality for Blacks and women.

When it comes to a list about women in history, it’s hard to not mention Amelia Earhart. Perhaps it’s the bias of the Kansas-born writer of this article that requires her to be on the list, but Earhart’s contributions to women’s history can’t be denied. She was born in Atchison, Kansas on July 24, 1897. During her short life she challenged societal norms for women, including wearing pants when women were expected to wear dresses or skirts, and enrolling in the premed program at Columbia University.5 While she eventually dropped out of the program to join her parents in California, she discovered her love of flying. She loved it so much, she got her own plane, a used Kinner Airster, named “Canary” due to its yellow color.6

In 1932, Earhart made history as the first female to fly solo across the Atlantic Ocean when she flew from Newfoundland, Canada, to Londonderry, Northern Ireland. When she returned to the United States, she made history for women again as the first female to be awarded the Distinguished Flying Cross by Congress. And she didn’t stop there; Amelia Earhart continued to set records. She was the first woman to fly across the United States and the first person to ever fly solo from Hawaii to the United States.7 Unfortunately, in 1937, Earhart’s history-making stopped while she was attempting to fly around the world with fellow aviator, Fred Noonan. Her plane mysteriously disappeared over the Pacific Ocean, never to be found. While she never succeeded in finishing that flight, her contributions to women’s aviation, and her work as role model to young girls has never ended.

It’s becoming a well-known fact that women are often gaslighted by doctors.8 Their medical concerns are often overlooked, or the doctors simply don’t know how to care for women. This problem only increases with intersectionality—particularly race and disability. Dr. Sandra Welner, from Pittsburgh, worked to change that (from a disability standpoint). After an incident in 1987 left her with neurological disabilities, she experienced first-hand how disabled women faced challenges in the healthcare sector.9 Throughout her career, she worked to create programs for caring for female patients with disabilities. One major contribution Dr. Welner gave to women’s care was the invention of the Universally Accessible Examination Table, an adjustable pelvic-examination table that gave easier access to patients in wheelchairs.10 Dr. Welner also worked with Magee-Womens Hospital during their development of the Comprehensive Health Care Center for Women with Disabilities.11 While her life was cut short due a horrendous fire in her home, her work to help advance the care of women with disabilities can still be seen today. 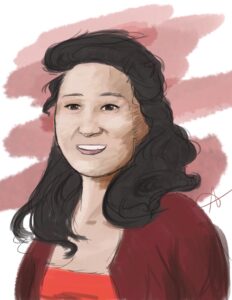 The University of Pittsburgh is home to cutting-edge medicine, and one of its professors helped to find a cause for gastric cancer. Dr. Yuan Chang was born in Taipei, Taiwan, on November 17, 1959. Her family moved to the United States when she was a young child, and she grew up in Salt Lake City, Utah. In 2003, Dr. Chang was awarded the Paul Marks Prize for Cancer Research. Her co-discovery of the Kaposi’s sarcoma-associated herpesvirus (KSHV) earned her this accolade.12 According to the award website, the discovery of KSHV helped doctors and researchers to learn how it can lead to other illnesses, as well as potential treatments of the disease. Dr. Chang has continued her research with UPMC. Currently, she is a professor of pathology and is the co-director of the Tumor Virology Laboratory at the University of Pittsburgh Cancer Institute.13

The fight for women’s rights has come a long way, much in part due to the actions of the next woman on our list. Ruth Bader Ginsburg (RBG) argued for equality, not special treatment since her career began. In 1976, she argued that women under an Oklahoma statute shouldn’t be allowed to buy beer before men were legally able to.14 Her fight went beyond making sure women and men were equal when it came to buying beer. RBG and her colleagues at the ACLU fought for the passage of the Pregnancy Discrimination Act. This act made it illegal for employers to be fire or pass over women for a job due to being pregnant. Thanks to their work, it’s now illegal to discriminate against pregnant women, or women planning to become pregnant.15

Prior to the Equal Credit Opportunity Act (ECOA), financial institutions were allowed to require women to have male cosigners when they wanted to get bank accounts, mortgages, and credit cards. After the act’s passage in 1974, women finally received financial freedom.16 Prior to the ECOA, Ginsburg championed for men to have equal caregiving rights as women. The IRS had denied the claims of Charles Moritz, an unwed man taking care of his mother. The reason they denied his claims, was because he was male and not married. She fought to have this overturned and won the case in the US Court of Appeals for the Tenth Circuit.17 Whether she was fighting for a man to have the same caregiving rights as women, or she was fighting for women to have equal access to financial services, RGB spent her life ensuring gender equality for all.

Dr. Karen Nyberg is a mechanical engineer and a retired NASA astronaut. She showed the world that women can be smart and strong, AND feminine and maternal. According to Dr. Nyberg’s website, she joined the NASA Astronaut Corps in 2000, and made her first trip to the space on the Space Shuttle Discovery in 2008. It was during her mission in 2013, that she made crafting history. She was aboard the International Space Station (ISS) for 166 days, and during that time she created a quilt block, and asked quilters on earth to join her in making blocks for a global quilt. In the end, NASA ended up getting over 2,400 blocks for the project.18 During her trip, she also created a toy dinosaur for her son. Another action that showed women and young girls around the world that women can have successful careers and be mothers all at the same time. Dr. Nyberg is a role model to girls of all ages. Her videos from her time aboard the ISS are on YouTube and allow everyone to see what life up in space can be like, including hygiene, crafting, food, and even working out in zero-gravity.

This is just a glimpse at the many women who have helped to shape our world. During Women’s History Month, be sure to take time and think about the strong women in your life who have helped shine a light on equality or shown strength in times of difficulty. 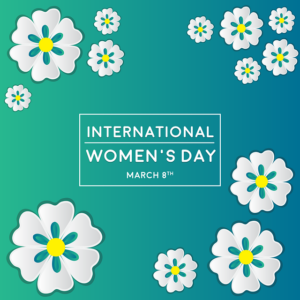