Pittsburgh Neighborhood Names: A to Z

Rachel Carson is regarded as the galvanizer of the environmental movement. 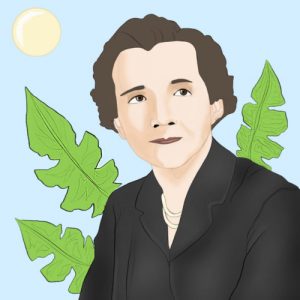 Rachel Carson was born on May 27, 1907, to Robert and Marie Carson, in Springdale, Pennsylvania. The Carsons raised Rachel and her two older siblings the family farm where she observed and fell in love with nature. She attended Springdale High until she was a junior and then graduated from nearby Parnassus High School, where she excelled. Parnassus was an independent municipality until 1939 when it was annexed by New Kensington.

Carson then attended the Pennsylvania College for Women, now known as Chatham University. Originally, an English major, she changed her major to biology and graduated from the college in 1929. She then attended Johns Hopkins University, earning a master’s degree in zoology in 1932. Although she intended to pursue a doctorate, she took a teaching position to support her family during the Great Depression.

In 1936, she joined the U.S. Fish and Wildlife Service, where she wrote brochures and other material for the public. In 1941, she published her first book, Under the Sea-Wind. Her next book published in 1951, The Sea Around Us, became a bestseller and gave her financial security. But it was her 1962 book Silent Spring that made Carson well-known.

Carson Takes on the Use of Pesticides

In the book, Carson condemned the use of pesticides, particularly DDT. She traced how pesticides harm the ecosystem and how it can cause cancer in humans. Subsequently, the U.S. banned the use of DDT because she theorized that it was adversely affecting bald eagles. In response, the Nixon adminitstration founded the Environmental Protection Agency in 1970. Although she didn’t call for an outright ban on DDT, nevertheless, that was what happened. In Silent Spring, Carson wrote, “It is not my contention that chemical pesticides never be used.”

Many criticized the move because, while the ban may have benefited the bald eagle, the prohibition of using the pesticide in third-world countries was devastating.

According to a 2017 Daily Beast article by Dr. Paul Offit, he stated that:

By 1960, due largely to DDT, malaria had been eliminated from eleven countries, including the United States. As malaria rates went down, life expectancies went up; as did crop production, land values, and relative wealth. Probably no country benefited from DDT more than Nepal, where spraying began in 1960. At the time, more than two million Nepalese, mostly children, suffered from malaria. By 1968, the number was reduced to 2,500; and life expectancy increased from 28 to 42 years.

In India, between 1952 and 1962, DDT caused a decrease in annual malaria cases from 100 million to 60,000. By the late 1970s, no longer able to use DDT, the number of cases increased to 6 million. In Sri Lanka, before the use of DDT, 2.8 million people suffered from malaria. When the spraying stopped, only 17 people suffered from the disease. Then, no longer able to use DDT, Sri Lanka suffered a massive malaria epidemic: 1.5 million people were infected by the parasite. In South Africa, after DDT became unavailable, the number of malaria cases increased from 8,500 to 42,000 and malaria deaths from 22 to 320.

Since the mid-1970s, when DDT was eliminated from global eradication efforts, tens of millions of people have died from malaria unnecessarily: most have been children less than five years old. 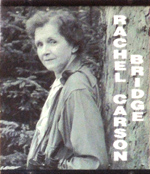 Controversy aside, environmentalists and conservationists continue to admire Rachel Carson. She has received numerous awards and honors including medals from the National Audubon Society, the American Geographical Society, and the Presidential Medal of Freedom.