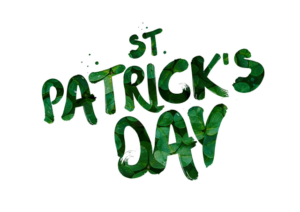 When you’ve been celebrating a holiday for more than 1,000 years, the reasons why we observe that occasion can become obscured over time. St. Patrick’s Day is a holiday People have been celebrating in some form since the ninth or tenth century, and the celebrations seem to only get more popular as time go on.

Saint Patrick is the patron saint of Ireland and its national apostle. He was born in Roman-ruled Britain during the fifth century. It is believed that he was born with the name Maewyn Succat. At 16 years old Maewyn was taken from his family and brought to Ireland as a slave. He spent several lonely years herding and tending sheep amongst the Druids and pagans. Eventually, he was able to escape and return to his family. It is said that God gave him a message through a dream, which inspired him to flee captivity and head to the coast.

A few years later, he had another dream that compelled him to become a priest and return to Ireland to bring Christianity to the island’s inhabitants. Once ordained, he chose the name Patricius (or Patrick), and returned to the land of his captors. Patrick, derived from the Latin term for “father figure,” had a lot of luck converting the Druid culture to Christianity. By the time of his death on March 17, 461, Patrick had established churches and schools all throughout the region. He is buried in Down Cathedral, Downpatrick, Ireland. 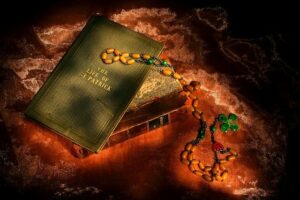 In the centuries after his death, many legends grew up around St. Patrick, becoming ingrained in the Irish culture. It is said that he drove the snakes out of Ireland and used the Holy Trinity using the three leaves of the native Irish clover (the shamrock). Although some details of his life will always be cloaked in mystery and legend, his character and his many good deeds are known for sure. The Confessions of St. Patrick is a memoir of sorts, in which Patrick bared his soul, flaws and all. This highly readable work is a brief telling of St. Patrick’s life through his own eyes.

Since the ninth or tenth century, the Irish have been marking the date of Patrick’s death as a Roman Catholic feast day with mass, fasting, and prayer. By the 17th century, celebrations started to become livelier. The first recorded St. Patrick’s Day parade was held on March 17, 1601, in the Spanish colony, now known as St. Augustine, Florida. The colony’s Irish vicar Ricardo Artur organized the celebration. For many Christians, the holiday became a “day off” from the responsibilities of Lent. Around the 1720s, the church felt as though celebrants were losing sight of the true meaning of the holiday. The association of the shamrock—a symbol originally customary for all saints—and St. Patrick is believed to be a way to get that meaning back. However, it doesn’t seem to have worked very well. Today, March 17th is a celebration of all things Irish. 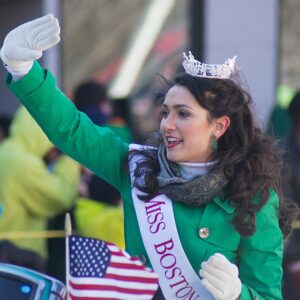 Many of the traditions and themes associated with St. Patrick’s Day took shape throughout the rest of the 18th century. And unsurprisingly, America had much to do with it. In particular, large groups of Irish immigrants helped to turn it into the secular holiday it is now. Boston held its first St. Patrick’s Day parade in 1737, with New York City following in 1762. The holiday’s official color, however, is directly rooted in Irish history.

Once upon a time, blue was the color associated with St. Patrick and featured on ancient Irish flags. Then, in 1798, the year of the Irish Rebellion, green took over. As the British red coats marched in the streets of Ireland, the Irish rebels took to wearing the opposing color while singing the song, “The Wearing of Green.” Today, you better not be seen without that color on St. Patrick’s Day. Modern day capitalism has only furthered the growth with green clothes and green beer.

Irish Patriotism among American immigrants flourished in the next century. Although Irish Americans are commonplace today and have even boasted achieving the office of President, at one time, the Irish faced harsh discrimination. One of the reasons celebrating St. Patrick’s Day in the United States became so popular is that it was a way for the Irish to assert their worth and dignity. And as the American Irish organized and cultivated a political power, the annual parades and celebrations became a must-attend event for candidates and representatives. Today, the NYC St. Patrick’s Day Parade is the largest in the country with over 150,000 participants and nearly 3 million observers lining the 1.5-mile route. 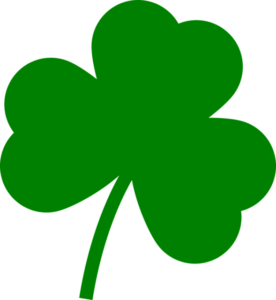 The American celebrations eventually made their way over to Ireland, though mostly for the benefit of tourist. It wasn’t until 1995 that the more secular festivities were truly embraced there. In fact, there was a law closing all pubs in Ireland on St. Patrick’s Day in observance of the religious feast until some time in the 1970s.

Today, St. Patrick’s Day is celebrated around the world in some places such as Canada, Australia, Singapore, Japan, and Russia—though North American is home to the largest productions. Pittsburgh is no different and has been hosting its St. Patrick’s Day parade for more than 150 years. That seems like a long time to us, but it is dwarfed by the nearly 1,600 years that we have been remembering St. Patrick.