When it comes to movies, Pittsburgh is no understudy.  Since the early 1900s, the city has played a starring role in the film industry.  Whether it’s movies about Pittsburgh or movies filmed in the area, Pittsburgh and the movies have a long and storied relationship. 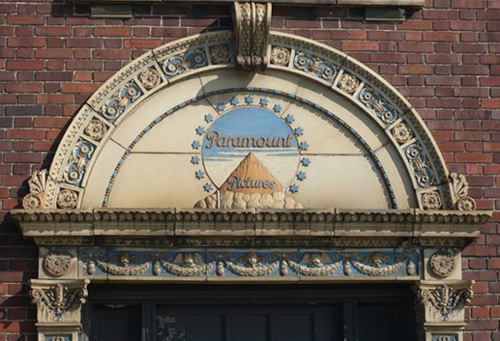 Although movies weren’t invented in Pittsburgh, the city boasts the first theater dedicated solely to moving pictures, as they used to be known.  In 1905, Harry Davis and John P. Harris opened the world’s first movie theater on Smithfield Street in downtown Pittsburgh, calling it the “Nickelodeon.”  The name was a combination of “nickel” and “odeon,” the former noting the cost of admission, which was 5 cents, and the latter a reference to the ancient Greek term for theater.  The 100-seat theater opened at 8 a.m. and closed at midnight, and nearly 7,000 people a day flocked there to see this new wonder of entertainment.  The first films shown were Poor But Honest and The Baffled Burglar.

Nickels filled the cashboxes, and soon 18 of the Davis Harris theaters were dotted throughout the city.  The second “movies-only” theater opened in Warsaw, Poland.  A Polish Pittsburgher realized that the theaters were a nickel mine, if not a gold mine, and went back to his native Poland to open the world’s second movie theatre in that country.

From the 1920s to the 1950s, Pittsburgh was a major film exchange.  Owned and operated by the movie studios, the exchanges housed offices, film libraries, and screening rooms.  Paramount, Columbia Pictures, MGM, Universal Pictures and United Artists all had exchanges in the city on the Boulevard of the Allies.  Today, standing at 1727 Boulevard of the Allies, the Paramount Building with its signature mountain range logo above the entry is the only building still intact.  Recently, an initiative to preserve the historic building has been launched by citizens wishing to save some of the city’s contributions to the film industry.

According to the Pittsburgh Film Office, more than 109 motion picture and television productions have been filmed in the city. The first film was Tancred Commandery which was filmed in 1898 in Pittsburg, when Pittsburgh was spelled without the “h”.  Some blockbusters have been filmed in the area.  Two films shot in Pittsburgh are among the American Film Institute’s “100 Years . . . 100 Movies” List.  The Deer Hunter, with its all-star cast of Robert DeNiro, Christopher Walken, and Meryl Streep, chronicled three friends from Pittsburgh’s Steel Valley and how their service in the Vietnam War affected their lives.  The 1978 film won five Academy Awards including Best Picture and Best Director.

Since the 1980s, hundreds of films have been filmed in the area, everything from comedy to drama.  The acclaimed films Hoffa and Dominick and Eugene were filmed in the area, and the madcap Houseguest and Kingpin also used the city as their backdrop. Even the caped crusader, Batman, roamed the streets of Pittsburgh during the making of The Dark Knight Rises in 2011.

For unparalleled gruesomeness, cult classic The Night of the Living Dead tops the marquee.  It was a low-budget, black and white, independent film in 1968. This horror flick established director George Romero’s reputation as one of the best directors of this genre.  Zombies roamed the Pennsylvania countryside terrorizing residents on screen and frightening those in theater seats.  In 1999, the Library of Congress placed it on its National Film Registry, and it also made the American Film Institute’s List of 100 Thrills.