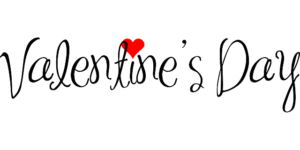 You need to go back nearly two thousand years to trace the origins of Valentine’s Day. Celebrated each year on February 14th, Valentine’s Day is now a holiday filled with love, candy, and flowers. Many people believe the holiday is nothing more than a capitalist agenda invented by the greeting card and candy companies to get consumers to express their affections with gifts and cards. But truth be told, the history behind Valentine’s Day is much less cynical, murky though the story may be.

The holiday takes its name from a Christian martyr named Valentine. Here’s where some of the confusion comes in: there were at least three men named Valentine who were martyred around the same time. So, which one are we talking about? Most historians believe that the holiday derives its name from a priest who was put to death by the Roman Emperor Claudius II, around the year 270 AD.

Under Claudius’s rule, Rome was involved in many cruel and bloody campaigns for which a strong army was required. However, these campaigns were unpopular and therefore, enlistment was low. But the emperor could only believe that Roman men were unwilling to join the army because of their strong attachment to their wives and family. As such, Claudius outlawed marriage for young men. Valentine realized the injustice of denying the sacrament of matrimony to those wishing to be married; he defied Claudius’ decree and secretly performed marriages for young lovers. When the emperor discovered Valentine’s defiance, he jailed the priest and condemned him to death. 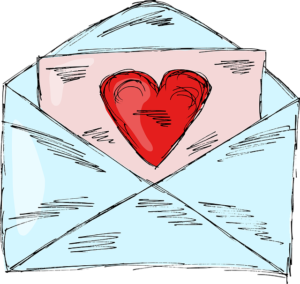 Legend has it that while he was imprisoned, Valentine befriended his jailer’s daughter. He left her a farewell message signed with the words “From Your Valentine.” The priest was clubbed and beheaded on February 14th and later named a saint for his great service.

Two other men named Valentine were martyred and became saints in the Roman Catholic church around that time. The first was a Bishop in Terni (Italy), who was also decapitated under Emperor Claudius II. The other was a martyr in the Roman province of Africa.

During Valentine’s time, the Romans celebrated the Feast of Lupercalia, a pagan festival of love and fertility. The festivities, observed on February 15, were bloody, violent, and sexually licentious. Dogs and goats were slaughtered, and their bloody hides were slapped on women to promote fertility. Young women were be given away to men by lottery. As Christianity grew, Lupercalia was outlawed by the end of the 5th Century under Pope Gelasius. In place of the pagan holiday, Pope Gelasius declared February 14 to be celebrated at the Feast of St. Valentine’s Day. All three Valentines share the Feast Day.

There is little evidence that St. Valentine’s Day was celebrated as a lover’s holiday until the Middle Ages. In 1375, English poet Geoffrey Chaucer was the first to associate the holiday with romance, writing, “For this was sent on Seynt Valentyne’s day / Whan every foul cometh ther to choose his mate.” But it wasn’t until nearly half a century later that Valentines began to be exchanged. The oldest known Valentine was a poem penned in 1415 by Charles, Duke of Orleans. The poem was written to his wife, whom he referred to as his “Valentine”. 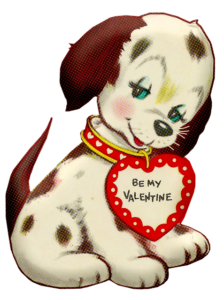 Most Valentine cards were handmade until the 1800s. By the 1850s, the first mass-produced Valentines began selling in the United States. The holiday cards by Esther Howland featured lace, ribbons, and romantic pictures. In 1913, Hallmark produced its first Valentine cards. Hearts were featured on each one, and many included babes with wings, lace, and flowers. Holiday celebrations have only grown. Today, Valentine’s Day is celebrated in many nations around the world. In 2019, it is estimated that Americans spent $20.7 billion on Valentine cards and gifts.

Who knew that Valentine’s three little words, “From Your Valentine” would spark a such a widely celebrated and lucrative holiday?