What’s in a Name? – Westmoreland County 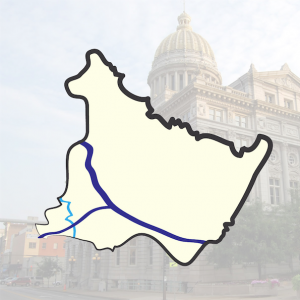 We live, work, worship, and play here, but do we know how some of the towns, boroughs, and municipalities around us acquired their names? Some are obvious, having derived from descriptions of geographical or features found in that area. But what about those other places? How did they get their names? Some were named after people. Who were they? And why did they merit having a place named after them? Here are some of the places in Westmoreland without obvious namesakes and how they got their names.

Originally called Target, this town had its name changed by Oliver Perry Sigfried, who chose the name after reading it about a place called Arona in Italy. Evidently, Sigfried though Arona had a nice ring to it.

Founded initially as New Salem, this town changed its name to Delmont in 1871, when the local postmaster Zachariah Zimmerman began to call it by that name.

A coal mining town, Export got its name for the huge amounts of coal exported from the town.

The county seat of Westmoreland county is names for Revolutionary War Hero General Nathaniel Greene. However, the town lost the “e” at the end of his name when it incorporated in 1799.

Once known as Hanna’s Town, this village goes back to 1773 and was named for Robert Hanna, one of the first settlers in the area.

This town was named after the wife of Charles Berwind, the president of the Ocean Coal Company, Herminie Berwind.

Also a PA turnpike exchange, this town has always been important at linking towns in Pennsylvania and was named for Colonel John Irwin, a native of Ireland and a fur trader. He was also instrumental in constructing Route 30 from Greensburg to Irwin.

When H. Sellers McKee purchased land to set up his glass factory and supporting housing, he wanted to honor his wife and named this new town Jeannette after her in 1888.

Talk about a great friend. When Oliver Barnes laid out this town for the Pennsylvania Railroad, he named the town after his best friend, Benjamin Latrobe, who was a civil engineer for the B&O Railroad. He was also the son of Benjamin Latrobe, the architect who rebuilt the U.S. Capitol after it was damaged during the War of 1812.

Located on the Youghiogheny River, Sutersville was laid out by Eli C. Suter in the 1870s and still bears his name.

Named for Captain J. J. Vandergrift, the town was the first one built by a steel manufacturing company. Everything was constructed in advance before the workers moved in. Captain Vandergrift served as the director of the Apollo Iron & Steel Company.