The Johnstown Flood of 1889 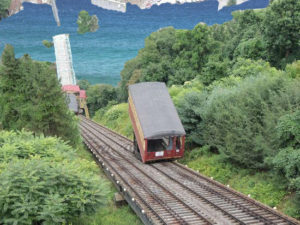 Nearly a century and a half ago, a catastrophe befell the citizens and visitors of an area in southwestern Pennsylvania. The Johnstown Flood of 1889 has become a tragic slice of American history. The events leave anyone who decides to explore this piece of history astonished by the engineering malpractice that led to the incident and the lack of justice that followed.

On May 31, 1889, the residents of Johnstown, Pennsylvania, were going about their lives. Women were cooking dinner for their families. Pastors were working on their upcoming Sunday’s sermon. Manufacturers were working to increase production in an ever-competitive economy. Underpaid laborers were hard at work. Salespeople were planning presentations. And children were dealing with the woes of being kids. Conductors at the railroad were concerned with keeping on schedule. And the men, women, and children who were traveling through Johnstown were thinking about their plans for the holiday.

Until 4 o’clock in the afternoon. 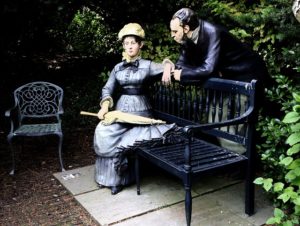 Around 4 p.m. on May 31st, 1889, the South Fork Dam failed. Over 2,000 people died when a wall of water descended on the town. By 5 p.m. on that day, anyone still among the living had only thoughts of surviving and helping others.

Ten years prior to the flood a group of gentlemen from Pittsburgh invested in a property 14 miles out of Johnstown, Pennsylvania. They wished to open a private club. Desiring a property near the mountains and with a lake, the group purchased a plot of land. On this land was the South Fork Dam which, at the time, had stood abandoned for nearly 40 years. As such, work to repair the dam was needed and began immediately. It was expected that the dam had been made safe.

Yet, the dam gave way.

On the day prior to the catastrophe, a downpour of rain had started in the evening. The unusually large amounts of precipitation in the first part of the year, left the land around Johnstown saturated and unstable. The heavy rain that fell on May 30th and into the next day was more than the poorly maintained dam could take. 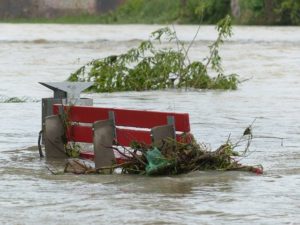 To further exacerbate the tragedy, the owners of the South Fork Dam were never held accountable, never paid any damages. Many presume that Andrew Carnegie and Henry Clay Frick being among that group of gentlemen account for this lapse of due process.

The best way to uncover the facts of this 130 year old tragedy is to get your hands on the David McCullough book, The Johnstown Flood. McCullough is a talented writer who tells his story in a way that makes you feel as though you deeply understand the people and places that are being described.  After you read the book, if you can, head to Johnstown. Visit the museums dedicated to the flood and take a ride on the Johnstown Incline. It gives you a look at the area where death and destruction took place all because a few men wanted to have a private club in the mountains.