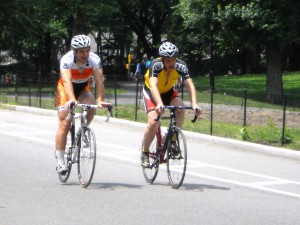 When the pioneers pressed westward settling the country, some of the greatest obstacles they faced were the Allegheny Mountains.  The Allegheny Mountains (part of the Appalachian Mountain Range) posed many problems for travelers.  They still are formidable, but they can be conquered via one of America’s premier trails: The Great Allegheny Passage.

Commonly known as “GAP,” the Great Allegheny Passage is a 150-mile trail that spans from Pittsburgh to Cumberland, Maryland. At Cumberland, you can connect with the Chesapeake and Ohio Canal Towpath. That trail runs 184.5 miles to Washington, D.C. This whole trip winds through some of the country’s most scenic and historic lands. The Appalachian Trail is the longest hiking-only footpath. While the Great Allegheny Passage is the longest trail accessible to both bikers and hikers. It is preferred by many due to its smooth riding surface and nearly level grade.

The trail traverses the Eastern Continental Divide, which separates two watersheds.  The eastern half of the continent’s water flows to the Atlantic Seaboard, while the western half flows to the Gulf of Mexico.  Its highest elevation is 2,392 feet, near Deal, Pennsylvania, in Somerset County. The trail follows the routes of the old rail lines making it a gradual incline despite the height of the mountains. The trial’s grade averages less than an overall 1 percent incline.

The trail is not only noted for its scenic beauty, but also for its historical significance. The trail crosses the Mason-Dixon Line which separates the North from the South.  This cultural boundary was named for Charles Mason and Jeremiah Dixon. They were the surveyors who scoped out the land to settle border disputes among colonies in the 1760s.  Additionally, the trail passes through small towns, metropolitan areas, water gaps and gorges, wilderness, farm land, mining areas, and industrial areas.

The trail took a long time to be finished.  From 1978, until the trail’s completion on June 15, 2013, the trail was built in intervals. Many railroads in the area had been abandoned. In the late 1970s, the Western Pennsylvania Conservancy purchased the first property from the Western Maryland Railway Company.  The first stretch finished was in 1986 along the Youghiogheny River Trail near Ohiopyle State Park. It was embraced enthusiastically.  Since the passage was constructed mostly on abandoned railroad beds, it earned a place in the Rails-Trail Hall of Fame. 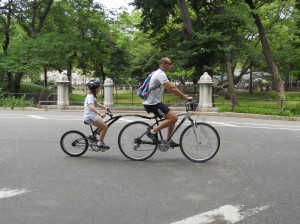 You can walk or bike a portion of the trail or travel entire length. Volunteers keep the Great Allegheny Passage well-maintained. Whether you plan to take on a portion of the trail or the whole thing be sure to plan ahead. The longer trips require more planning and a knowledge of how much trail can be covered in a day.  With that in mind, you will have to plan ahead for lodging and pack the appropriate supplies and gear.

Many of the towns along the GAP have places where you can grab something to eat, book a night in a hotel, B&B or campground, and have bikes repaired.  There is a Yahoo group for the Great Allegheny Passage where enthusiasts offer tips and advice for the best way to enjoy the trail.

The following is a list of some of the towns between Pittsburgh and Cumberland.

Located 20 miles from Pittsburgh, this town has plenty of parking, making it a popular point on the trail for beginning or ending a day’s biking.

Situated at mile 60 where the Casselman River and Laurel Hill Creek merge with the Youghiogheny River, Confluence is a charming town with a gazebo and several places to eat and sleep.

This small city was once the home to the coke industry, producing this essential ingredient for the making of steel.  There are plenty of places to eat and stay, and a luxurious (by camping standards) campground.

This is the embarkation point at mile 0.  It has numerous restaurants, overnight accommodations, and places to stock up on supplies, as well as repair shops where your bike can get tuned-up in case you decide to travel further on, connecting to the C&O Towpath Trail heading to the nation’s capital.

The first stop in Maryland if you are heading east at mile 16, Frostburg has many restaurants and places to eat.  The trail changes some here. Portions run along active railroad tracks, while other stretches are paved.

Six miles from Pittsburgh, you will find the Homestead Waterfront complex with shops, cinemas, and dining destinations.  You will also see the vestiges of Pittsburgh’s steel-making past.  An excursion from Pittsburgh to Homestead and back, is a nice day’s walking or biking activity.

Located at mile 32, Meyersdale is the last larger town on the trail in Pennsylvania.  It has restaurants and accommodations for hungry and weary hikers and bikers.

The stretch of the trail at mile 72 turns wild and is an outdoor paradise as this is the best whitewater rafting area in Western Pennsylvania.  It’s very touristy and has restaurants and accommodations, which can fill up quickly during the busy summer months.  But where else can you bike or hike while watching rafters navigate the rushing rapids of the Youghiogheny River?

This is the most metropolitan location along the GAP, which means plenty of places to eat or sleep, not to mention seeing the city up close and personal.

This small town at mile 43 has a picturesque main street and a number of places where you can grab something to eat and find a place to sleep.

The old train station has been restored here at mile 116. It serves as a Visitor’s Center.  There are a few Bed & Breakfasts nearby, as well as camping.