It’s been established that Pittsburgh has played a significant part in Hollywood since the beginning (read about that here). Beyond nickelodeons and film distribution, the city and surrounding areas have played another role, the stage and backdrop for films.

Pittsburgh’s role on the silver screen began in the early 1900s. According to John Tiech in his book Pittsburgh Film History on Set in the Steel City, there were a whopping 21 films shot between April 18, 1904, and May 16, 1904, for the Westinghouse Works Collection (you can view some of those here). However, the first scripted film shot in Pittsburgh didn’t come until almost a decade later. William Randolph Hearst’s The Perils of Pauline was released in 1914. While some other films are rumored to have been shot before The Perils of Pauline, scholars consider this the first “official” film shot in Pittsburgh.

The popularity of Pittsburgh as a filming location only increased after Hearst’s film. In 1919, silent film star Harold Lloyd and director Hal Roach (famous for directing Laurel and Hardy and Our Gang) came to the city. That visit resulted in the comedy short Spring Fever . The exact location for shooting is not listed, but Pittsburgh is on the IMDB page, along with Culver City, CA. Perhaps Pittsburgh history buffs could figure out the location while watching the short. 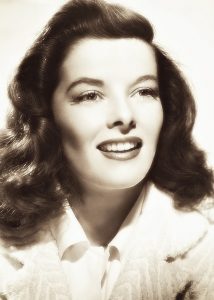 In 1942, John Wayne made his way to the Steel City, along with movie siren Marlene Dietrich. Together, they starred in a film aptly named Pittsburgh. John Wayne plays Charles “Pittsburgh” Markham, a down-on-his-luck man who figures out how to make it big in the steel industry. There are strong themes of democracy and putting aside differences to work for the greater good. A common motif for films at the time.

Several more films were shot in the city between 1942 and 1951. The 1951 classic, Angels in the Outfield, brought a star-studded cast to Pittsburgh. Janet Leigh and Paul Douglas starred, with cameos by Ty Cobb, Bing Crosby, and Joe DiMaggio. This movie shows the gone but forever in the hearts of Pirates fans, Forbes Field. After Angels in the Outfield, Hollywood kept returning to Pittsburgh. The area played a role in the 1952  film Pat and Mike with Spencer Tracy and Katharine Hepburn. That same year, Ronald Reagan and Doris Day had a baseball film shot in the steel city, The Winning Team.

It seemed that almost once a year, Hollywood would come back to shoot a picture. The real boom for Pittsburgh filmmaking came after the release of the 1968 horror cult classic Night of the Living Dead. George Romero used the city and surrounding area for his future 1970s films, as well. The ‘70s sparked popularity in the use of Pittsburgh. More films continued to be shot in and around the area, including major Hollywood movies like Slap Shot starring Paul Newman and the war drama The Deer Hunter with Robert De Niro, Meryl Streep, and Christopher Walken. The whole city was proud to have Tom Hanks portray a Pittsburgh hero while filming the 2019 movie, A Beautiful Day in the Neighborhood.

The film industry continues to use Pittsburgh as a backdrop. Sometimes producer use our city for the architecture and landscapes; other times Pittsburgh is made out to be its own character.  Recently, Netflix has used Pittsburgh for its series Mindhunter, and Hulu featured the area in Happiest Season. It’s always fun to watch a movie shot in Pittsburgh and recognize Pittsburgh landmarks.