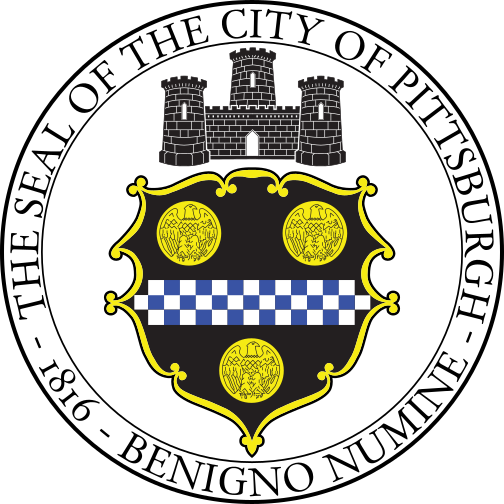 We all know that black and gold are the colors associated with Pittsburgh. But did you know that it’s William Pitt himself–the city’s namesake–who gave those colors to the city? It all goes back to the city’s charter and the creation of the city’s official seal.

In 1816, Pittsburgh was chartered as a city, and creating a city seal was a priority. The city founders turned to William Pitt and his coat of arms for ideas for Pittsburgh’s seal. William Pitt the Elder, also known as the Earl of Chatham, served as Great Britain’s secretary of state during the Seven Year’s War and eventually became one of Britain’s most revered Prime Ministers.

Pitt was a great military strategist as secretary of state and was instrumental in Britain’s victory over the French. Although Pitt remained loyal to the crown during the run-up to the Revolutionary War, he was quite sympathetic to the American colonists’ plight and often tried to get Parliament to address their grievances. This earned him the reputation as being fair and just on this side of the Atlantic.

The Rendering of the Seal

According to the City of Pittsburgh records, the original drafts for the seal were lost in the Great Pittsburgh Fire of 1845. A man named Mr. Jones, recreated the seal based on the memories of those who saw the original one.

There are four distinct symbols that make up the city’s seal. First, is the black shield, representative of William Pitt’s coat of arms, the inspiration for the seal. Within the shield sit three gold coins and a checkerboard banner. The blue and white checkerboard banner harkens back to William Pitt’s family livery colors, which he wore in Parliament. The checkerboard signifies a cloth where coins are placed. It also represents finance and commerce. Sitting above the shield is a castle. This simply signifies a city.

A museum educator at the Fort Pitt Museum explains the origins of the coins as coming from the Byzantine times. The coins, which symbolize honesty, were first known as “bezants”. Though, like a game of telephone, the word became mangled as it was passed on. By 1816, the creators of the seal referred to the coins as “pheasants”. However, pheasants were too common of a bird to be on the seal as they were. Instead, they inscribed the image of an American eagle onto each one.

A band of gold and the black letters encircle the seal. The words read: The Seal of the City of Pittsburgh – 1816 – Benigno Numine. In latin, the phrase at the end means, “By Divine Providence”. For those who speak the language of heraldry, looking at the city’s seal, it would be interpreted as “The City of Pitt in America.”

There you have it. The abundance of black and gold in Pitt’s coat of arms gave us the colors that so strongly represent Pittsburgh. They are the colors that adorn all our professional sports teams—The Steelers, The Pirates, and The Penguins. (The blue and white banner on the shield makes the Pen’s blue jersey’s make a little more sense).  Pittsburgh is the only city in America to have all its pro teams sport the same colors.