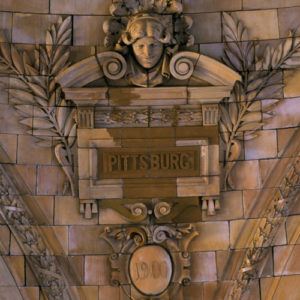 What’s in a name? Well, if it’s Pittsburgh, Pennsylvania, then it’s an ‘h’. Of the many other Pittsburgs—some 20 towns in New Hampshire, Maine, Illinois, Kansas, California, and Texas—our Western PA city is the only one that ends with an ‘h.’ And that ‘H’ has always been a part of the official spelling.

Naming Pittsburgh goes all the way back to the year 1758. After capturing Fort Duquesne from the French, the British established Fort Pitt. The new British settlement was named after England’s Prime Minister, William Pitt. General Forbes sent a letter to Pitt informing him of the honor they bestowed on him. The missive was written on November 27, 1758, and posted from Pittsbourgh.

Bourgh is a variant of the word borough, meaning, ‘fortified town’. Burgh is a Scottish variant of the same name. Forbes was a Scotsman. So it follows that he would dub the city with a Scottish spelling of the name. Documents throughout the late 1700s and early 1800s refer to the area as the ‘Manor of Pittsburgh,’ the ‘Town of Pittsburgh’ or the ‘Borough of Pittsburgh.’  The ‘h’ is firmly intact in all referrals. 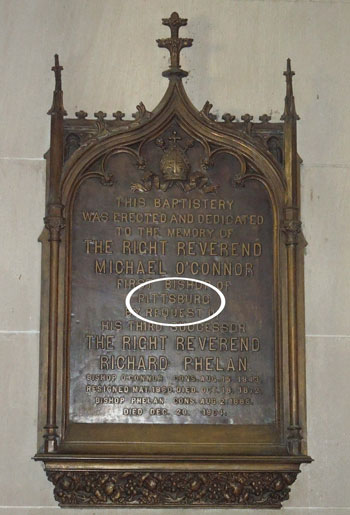 When Pittsburgh was being incorporated as a city in 1816, a printer’s error dropped the ‘h’ from the end. While the ‘h’ was included in the original document, the “Pittsburg” spelling is found on all official copies. As a result of that error, the incorrect spelling turned up here and there in newspapers and other printed material throughout the rest of the 1800s. However, ‘Pittsburgh’ continued to be the most popular, and the official, spelling.

The true controversy came at the end of the 19th century. As the country expanded and technology evolved, the need for standardization arose. The government created the United States Board of Geographic Names in 1890 as a way to bring consistency to the spellings of locations throughout the country. The board deemed that all towns ending in ‘burgh’ must drop the ‘h’ in the spirit of uniformity. The board even went to so far as to insert a special section in their report citing Pittsburg’s erroneously printed charter documents of 1816 as being correct. They claimed that the Post Office added the ‘h’.

No matter who was to blame, the board’s action set off a controversy that would rage for 21 years. City officials stood strong; city ordinances and council minutes from those years show that the ‘h’ was retained in all official documents. But the public was more confused than ever. Several newspapers conformed to the directive of the U.S. Board of Geographic Names. Some residents were pleased with the decision, but the majority was not.

Residents who agreed with the decree reasoned that it was more modern. Those who disliked the ruling argued that the city would no longer be unique. Those citizens campaigned to get their missing ‘h’ back. William H. Davis spearheaded the effort, enlisting the support of Pennsylvania’s U.S. Senator George T. Oliver.

Eventually, a special meeting of the U.S. Board of Geographic Names (now known as the U.S. Geographical Board) was arranged.  The board met on July 19th, 1911.  A preponderance of evidence citing Pittsburgh spelled with the ‘h’ over the decades convinced the board to reinstate the final letter.  A message sent to Senator Oliver read:

At a special meeting of the United States Geographic Board Held on July 19, 1911, the previous decision with regard to the spelling of Pittsburgh without the final H was reconsidered and the form below was adopted:

Pittsburgh, a city in Pennsylvania (not Pittsburg).

How to Spell Pittsburgh 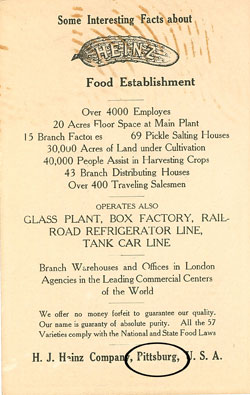 The ‘h’ was back. But change is slow and the effects are lasting. The Post Office did not change its machines to reflect the inclusion of the ‘h’ until October of 1911. Confusion over the spelling still remained ten years later. In order to quell the confusion, the Pittsburgh Chamber of Commerce felt it necessary to release a pamphlet entitled ‘How to Spell Pittsburgh.’ Evidently, not everyone got the message. The Pittsburgh Press continued to use the ‘h-less’ spelling for another decade.

Although much of the confusion has dissipated, it still rears its head from time to time. In fact, The New York Times blog reported that Barak Obama’s 2008 Presidential Campaign made the mistake and dropped the ‘h.’ In a press release outlining a campaign trip Obama’s team stated “Today, on the first leg of a six-day bus tour through parts of Pennsylvania, Sen. Obama visited with workers at a U.S. Steel plant in Pittsburg.”

And so, all the fuss and controversy over a single ‘h’ continues into the 21st century. One thing Pittsburgh residents know for sure: no matter how you spell it, our Pittsburgh is a place like no other. But be prepared for the indignation of an entire city if you spell it wrong.