Many cities in the United States have communities of Arabs. Although not as large as the communities in places such as Detroit, Washington, D.C., or Los Angeles, Pittsburgh has a small, but thriving enclave of Arabs.

The term Arab is a description of people located in Western Asia and North Africa. According to the Arab American National Museum, Arab Americans come from the 22 countries that make up the Arab world. There are an estimated 4.2 million Arab Americans living in the U.S. Arabs are a diverse lot, practicing many different religions and citing varying political affiliations.

The first Arabs to arrive in North America are believed to have come here as slaves from Morocco in North Africa. The first free Arabs began to arrive in great numbers in the late 1800s and the beginning of the 1900s for the World’s Fairs. Arab merchants and craftsmen came by steamship to those fairs to showcase their merchandise.

The first significant wave of immigrants to the Pittsburgh area occurred between 1870 and 1924 with most of them coming from what was known as the Syrian Province, which today would encompass Syria, Lebanon and Palestine. Although classified as Syrian, most of the immigrants from that time identified as Lebanese. They came to work in the growing industries in the area. These immigrants were mostly Christian and adherents of Maronite and Melkite rites of Catholicism and Eastern Orthodoxy. At that time, less than 10 percent of those immigrating to the U.S. were Muslim.

1948 Conflict Sparks a Wave of Immigration 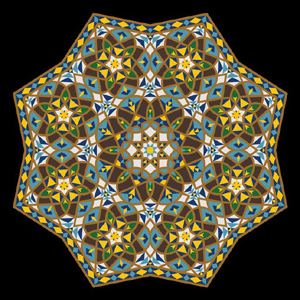 With the advent of The Great Depression, immigration slowed until 1948 when conflict erupted between the Arab states and Yishuv forces, escalating into The 1948 Arab-Israeli War. This sparked mass immigration. From 1948 until 1966, 80,000 people mostly of ethnic Palestenian origin arrived in the U.S. The second largest group to arrive were Egyptians. Unlike previous waves of immigrants, these were more educated and in a better financial state.

The last great wave of Arab immigration began in 1967 and lasted until 2003, when more than 750,000 Arabs came to the United States. Due to various conflicts, large numbers of Palestinians and Lebanese once again sought refuge in the United States.

Arabs and the US Census

According to the 2000 Census, Arabs make up 1.2 percent of the population. Thirty-four percent of that population identify as Lebanese, with Egyptians and Syrians tied for second each with 11 percent. Forty percent of Arab Americans are first generation Americans with a quarter of them arriving since 1990. In 2002, a Zogby International Institute Surey found that 35 percent of the Arabs in America are Catholic, 24 percent are Muslim, 18 percent Orthodox, and 10 Protestant.

It is not known when the first Arabs came to the Pittsburgh area, but most likely they arrived with the first wave of immigrants in the late 1800s.  Their population in the area is less than 2 percent of the total population. Most came to work in the mines and factories that helped to grow the area. Although smaller in number than other groups who have immigrated to the area, the Arabs who have settled here have lived quiet productive lives.

For most of those outside of the Arab community, their first exposure to the Arab culture is through food. There are many Middle Eastern restaurants in the area. From Amel’s to Khalil’s to Aladdin’s, Pittsburghers are fortunate to have so many fine establishments from which to choose from.

Like other immigrants to the area, Arabs found comfort in their faith while assimilating in their new land. The area is home to three Maronite Catholic churches: Our Lady of Victory in Carnegie, St. John the Baptist, in New Castle; and St. George in Uniontown.

For those who practice Islam, The Islamic Center of Pittsburgh is the region’s largest mosque, serving Muslims from the Pittsburgh area, eastern Ohio, and northern West Virginia.

Obviously proud of their heritage, the immigrants of Syria-Lebanon have sponsored a classroom at the University of Pittsburgh’s Cathedral of Learning Nationality Rooms. Originally from a home in Damascus, the room captures the library and prayer niche of a wealthy merchant.

The Arabs who have settled here have provided wonderful color and spice to Pittsburgh life.