Pittsburgh has its fair share of urban legends about different people, places, and events. Each legend has a few conflicting versions, but some are based on truth. Here we present some of the most famous local legends and uncover the truth behind them.
Pittsburgh has a rich history and culture, but do you know about the strange side of the Steel City? 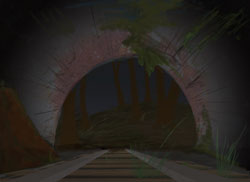 The Green Man was a laborer who was either struck by lighting or electrocuted while working on the railroad in the South Park area. Some versions of the legend say he died, and his ghost haunts the area at night. Others say he was horribly disfigured and only comes out at night. Most versions agree that he glows green.

There is a railroad tunnel along Piney Fork Road in South Park Township known to the locals as “Green Man Tunnel”. Since legend says Green Man was an electrocuted railroad worker, many believe that his spirit haunts the former train tunnel.

The Facts:
The Green Man was a real man, but he was not green or a ghost. He was known as Charlie No Face.

Raymond Robinson was severely disfigured at the age of eight years old after being injured by an electrical line on the Morado Bridge outside of Beaver Falls, PA. Young Robinson climbed the electric trolley bridge in order to get a better look at a bird’s nest. The high voltage of the bridge caused Robinson to lose his eyes, his nose, one ear, and one arm in the accident. He was not expected to survive. A young boy had died on the same bridge a year prior due to the dangerously high voltage.

Robinson lived in Koppel with his relatives and spent the day making doormats, wallets, and belts for money. He avoided going out in the day due to his disturbing appearance, but enjoyed walking along Route 351 at night. People would come from as far as Chicago and wait in their cars along the roadway to catch a glimpse of him. He would often let people photograph him in exchange for beer or cigarettes. Cars also hit him on occasion.

Many locals took the time to get to know Robinson despite his grotesque appearance. He was described as a very nice man. He passed away in 1985 at the age of 74 of natural causes. 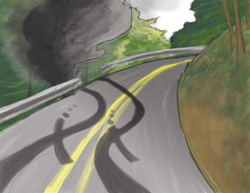 A girl was killed drag racing in her Corvette down Piney Fork Road. They say at night you can hear screeching tires and screams. There is also a legend that a man drowned his wife in the creek that runs parallel to the road. It is said that if you walk into the tunnel the ghost of the woman will grab your legs and beg for help.

The Facts:
There is no documentation to support either of these legends. It is also very dangerous to stand or park your car in the tunnel and is not advised.

Jack the Ripper in Pittsburgh 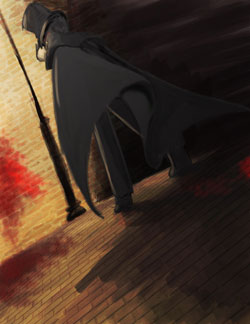 Jack the Ripper is rumored to be from Pittsburgh.

The Facts:
Francis Tumblety was a man from Rochester, New York. He earned a small fortune claiming as an “Indian Herb Doctor” and abortionist that traveled around the US and Canada. He was sometimes referred to as the “prince of quacks” because his medical experience and claims were not authentic.

Note: Another theory is that Congelier Mansion’s Dr. Adolph Brunrichter was Jack the Ripper. 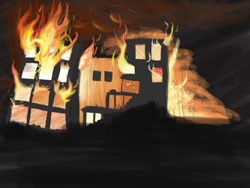 There is a road believed to bend 13 times in one direction, but only twelve times in the other. There are a number of different tragedies that allegedly took place along the road.

One variation says an orphanage on the road burned down in either the 1800’s or 1900’s. If you drive down the road at night and put baby powder on your car, you will see the handprints from the children killed in the blaze. People have claimed to see a burning building as well as hearing the screams and commotion of the children trying to escape their death.

Another version is that an all girl Christian school was burned down, killing 13 girls. The legend says the girls were buried at each bend in the road. Some people have claimed to see the spirits of the girls and their teachers wandering in the woods.

One story says that one night a group of teenagers drove out to check out the spiritual activity and got into a car accident, killing all of them. Their bodies remain in a mineshaft back off the road where three miners also are believed to have died. The forest beyond the road is also the alleged final resting place of three hunters.

Some variations of the legend require following a series of steps in order to summon the ghostly spirits of those killed in the area.

The Facts:
This legend applies to more than one location in the area, but most people believe it to be Route 48 near the Boston Bridge or Campbell’s Run Road in Harmarville. There is no recorded history of an orphanage or school in these locations and no history of a fire. There is also no documentation of any deaths on these roads related to the legend. 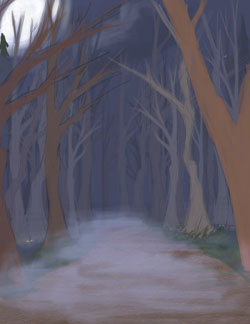 There is said to be a blue mist over Irwin Road. There is also a cemetery near the road, and the gravestones of two lovers attempt to touch in the full moon. It’s said that if they manage to touch the world will end. This road is also believed to have a history of disgraceful practices by the KKK and Satanic rituals. Other stories include witches living in the homes that are now ruins along the road and a “Midget Farm”. Legends say that groups of angry little people will attack your car if you drive through at night.

A father allegedly killed his wife and children and placed them in a septic tank. The road is also believed to be haunted by a spectral dog, a half-man/half-deer creature, and a teenage boy. The latter died when he honked his horn three times and was killed by either a ghost or a deranged psycho who had escaped from an asylum that once existed on the road. The teenager’s body was hung from a tree.

The Facts:
The real thing to fear are the locals who are known to sic their dogs on trespassers or throw rocks and fire guns filled with rock salt.

Plane Crashes into the Mon

In 1956, a plane that was either a B-52 or a B-25 crashed into the Monongahela River and mysteriously vanished. Rumors say the military quickly removed the plane before it could be found. Others believe it’s still sitting at the bottom of the river. Many believe that the polluted water in the river caused the plane to deteriorate over the years and this is the reason it has never been recovered.

Even though the B-25 was a smaller plane, the odds of finding it in the river were very good. The crash location was roughly 500-1,000 feet wide and 25 to 35 feet deep. The plane only took a matter of minutes to sink and many witnesses could pinpoint the location where it sank. The government spent two weeks trying to find the plane immediately following the crash. Numerous attempts to recover the plane have been conducted over the years. Despite all of this, the plane’s location has remained a mystery.

Pittsburgh is home to a seemingly endless supply of urban legends. These stories often stem from real places or events, but have evolved into something larger than life. Popular Pittsburgh strives to find the best information about these legends, but many remain a mystery.

You can also learn about Congelier House and Dead Man’s Hollow.