Pittsburgh has a rich history and culture, but do you know about the strange side of the Steel City? 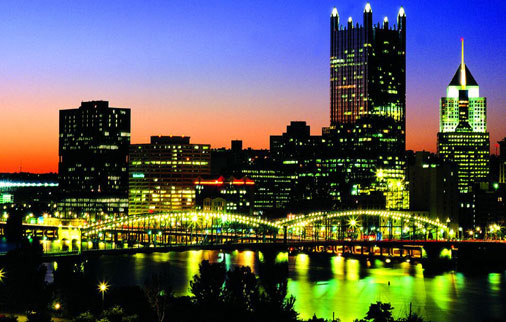 Forest Hills is home to the nation’s first Van de Graaf nuclear generator, but many know it as the Westinghouse Atom Smasher. It has stood in Forest Hills since 1937, but hasn’t been active since 1958. The structure stands five stories tall and appears to be a gigantic silver light bulb. You can view it from Ardmore Boulevard.

The structure was added to the list of landmarks by the Pittsburgh History and Landmarks Foundation in 2000, but the title offers no protection. In 2015 the structure was in such disrepair that it was removed from its supports and laid on its side.

Cryptic messages started appearing in Northeastern America in the 1980s. There are 150 original tiles that appeared between 1985 and 2001 in 25 cities in the United States and South America. More have appeared in Philadelphia and the surrounding area in recent years.

The messages are almost always a slight variation of:
“TOYNBEE IDEA IN MOVIE ‘2001 RESURRECT DEAD ON PLANET JUPITER”

Pittsburgh was home to four of over 150 linoleum tiles known as “Toynbee Tiles.” The original creator of these tiles remained a mystery for many years with leads pointing in different directions. One dedicated Toynbee Tile follower, Justin Duerr, created a documentary about his attempt to find the original tile maker. His documentary, “Resurrect the Dead,” is currently streaming on Netflix.

A mysterious object crashed in the woods of Kecksburg, PA on December 9, 1965.

A local radio host named John Murphy had received a flurry of calls to the WHJB radio station when the object initially flew through the sky and crashed in Kecksburg, a town 30 miles southeast of Pittsburgh. He quickly made his way to the scene before police could arrive. He was able to take photographs and interview witnesses at the scene of the crash. Murphy put together a radio documentary entitled “The Object” in the Woods about his experiences and interviews with witnesses.

The documentary was censored the night it aired. Murphy claimed it was due to retractions from some of the witnesses, but WHJB office manager Mabel Mazza recalled two men from the government coming to speak to Murphy prior to the documentary’s debut. The military had also confiscated all but one of Murphy’s rolls of film. Mabel Mazza said she saw a very dark picture of the object from his remaining roll. She described it as being cone shaped, matching many descriptions from residents of Kecksburg.

People in the area had reported seeing the object flying overhead at a slow pace. Some Kecksburg residents stated they saw a large object in the woods measuring between nine and twelve feet with strange markings around the base similar to hieroglyphics, but unlike anything they’d seen before. Many claimed they saw a large covered object taken out of town on a flatbed truck. The military claimed nothing was found within the woods that night.

Local interest in the story was rejuvenated when the show Unsolved Mysteries highlighted it in 1990. The show created a replica of what residents reported to have seen in the woods. The prop from the show is now on display outside of the Kecksburg VFD.

Further examination has been conducted in the Kecksburg case. The Sci-Fi (now Syfy) Channel sponsored a study of the area in 2003 and concluded that something did crash into the woods in 1965. This conclusion was due to the damage to the trees and disruption to the soil that scientists found which dated back to the year of the alleged crash. There was also a demand for NASA to release the documents related to the case, but NASA claimed they were unable to find the information.

No one can ever be certain what did land in Kecksburg that night, but the story lives on through the Kecksburg UFO Festival held every year in support of the local volunteer fire department. You may also visit the VFD any time of the year to purchase UFO memorabilia or even hear some witnesses of the crash tell their stories.

Trundle Manor is a private home in Swissvale that opens its door to curious visitors by appointment only. You can call or text to schedule a tour of the home that includes a collection of taxidermy, medical equipment, and other oddities.

The house holds more intriguing items than words could describe and some are not for the faint of heart. It’s certainly a strange piece of Pittsburgh that is worth seeing for yourself if you’re up for a unique and unsettling experience.

Pittsburgh native Andy Warhol led an unusual life that carried through into his death. One interesting location to visit in Bethel Park is the grave of this famous pop artist. He is buried in the Saint John and the Baptist Byzantine Catholic Cemetery.

What makes Warhol’s grave unique are the strange gifts left behind by his fans. Some items include cans of Campbell’s soup, Chanel perfume, bottles of Coca-Cola, art supplies, and more. If you happen to drop by on his birthday, you may encounter a party with cake and dancers. 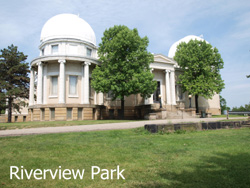 One of the most overlooked Pittsburgh attractions is the Allegheny Observatory on the North Side. Construction for the observatory in Riverview Park began in 1900 and was completed 1912. It is currently owned by the University of Pittsburgh’s Department of Physics and Astronomy.

What makes the Allegheny Observatory a thing of wonder is not only the view of the city and stars, but the fact that it houses a crypt. The ashes of astronomer James E. Keeler, his wife Cora Matthews Keeler, and their son Henry Keeler are held in a crypt at the base of the 31-inch Keeler Memorial Reflector Telescope. The crypt’s inscription reads, “We have loved the stars too fondly to be fearful of the night.”

The observatory is open to the public for tours on evenings between April and October. Tours are held on Thursday nights through the end of August and Friday nights until November 1st. They begin at 8 pm and last until 10 pm. Tours are free to the public, but you must make a reservation in advance.