The Best of Westmoreland County

Pittsburgh has a vibrant theatrical scene. While the big production companies often spring to mind, there are many smaller theatrical companies in the area. Some are affiliated with their own theaters, while most take their show on the road to appear at different venues. Below are some noteworthy theatre companies in our area that help to make it a cultural paradise.

Barebones Productions is a theatre company that strives to promote local theatre artists through the production of challenging and entertaining works. The company was founded in 2003.

Founded in 2004 by Joanna Lowe, Cup-a-Jo Productions is an artists’ collaborative. It is dedicated to exploring new or established works. Performances are held at various locations. 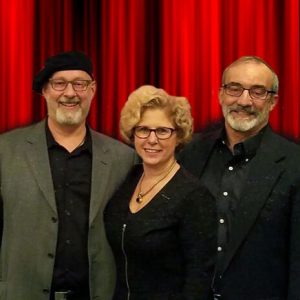 In addition to its string of hit performances, two other things distinguish Front Porch Theatricals. The first is its commitment to featuring Pittsburgh’s broad actor, artistic, and technical talent base. Front Porch Theatricals is committed to mentoring young talent by placing them in positions of leadership and by providing internship opportunities.

Another distinguishing feature is that Front Porch Theatricals focuses on producing high-quality musicals that have a depth to them, those that emphasizing social, cultural, and moral issues.

Gemini Theater strives to improve creativity and imagination in our youth today. It does this with originality through the performing arts.

New Horizon Theater has aimed to present entertaining, high-quality cultural events that reflect the African-American perspective. They celebrate their 30th season in 2022.

Since 1938, the Pittsburgh Savoyards has been entertaining Pittsburgh audiences. The semiprofessional, community-based, non-profit theater company has dedicated itself to perpetuating the comic operas of Gilbert & Sullivan. Since 1993, productions have been held in the Andrew Carnegie Free Library Music Hall in Carnegie.

Stage 62 is the non-profit theater company in residence at the Andrew Carnegie Free Library & Music Hall in Carnegie, PA. It got its name from starting in 1962 at Bethel Park. it’s start as an adult education theater project turned into a thriving theater company that has produced shows continuously.

Quantum Theatre was established in 1990 and is a company of professional artists dedicated to producing sophisticated theatrical experiences in uncommon settings.