The Best of Laurel Highlands 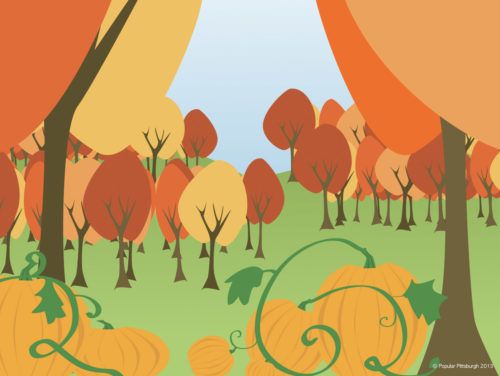 When the air becomes chilly and the leaves begin to turn, everyone knows it’s pumpkin time in Pittsburgh! While you were having fun during the summer, farmers in the area were tending to their patches to ensure a plentiful crop of pumpkins for you to enjoy this harvest season.

Whether you head east, west, north, or south of Pittsburgh, you will find a farm eager to provide you with the perfect pumpkin and fun visit to the farm. Below is a list of some of the places in our area where you can enjoy fall festivities.

To celebrate the area’s glorious fall foliage, Clarion holds its annual Autumn Leaf Festival in late September (usually). The event features the Tournament of Leaves parade as well as food, carnival rides, and a craft fair.

Fort Ligonier Days is a three-day festival held in mid-October and commemorates the Battle of Fort Ligonier. Battle reenactments, food, entertainment, and wine tasting are just some of the many activities offered.

Since 2000, Gearhard Farms has offered a corn maze that will knock the husks off your ears. They reconfigure the maze each year to challenge returning visitors.

Hozak Farms celebrates autumn with pumpkins, hayrides and face painting. While you are there, keep your eye out for an evergreen tree, because later in the year, they also sell Christmas trees.

Kerber’s hosts Pumpkin Days in October, when visitors can pick pumpkins, enjoy hayrides, and even play a round of mini-golf.

Early in September the Irish don their green and celebrate their heritage with food, entertainment, and cultural activities at Sandcastle.

What’s more Pittsburgh, than pierogies? Pittsburgh delights in this dumpling festival at Kennywood in late September.

Rich Farms hold Kids Day at the Farm for kids daily in October. For those who dare they also have Fright Farm which features a haunted hayride, haunted mansion, and terror maze. This may be too scary for younger children.

Fall would not be complete without a trip to Schramm’s, which hosts their Fall Festival in October, providing hayrides and scores of pumpkins to peruse.  They even have hybrid white pumpkins.

Shenot’s offers hayrides to their 10-acre pumpkin patch. They also have a corn maze for those who like a challenge.

Simmons Farm starts their festivities at the end of September, and in addition to hayrides to the pumpkin patch, the farm has a petting zoo, pumpkin carving displays, and a butterfly house.