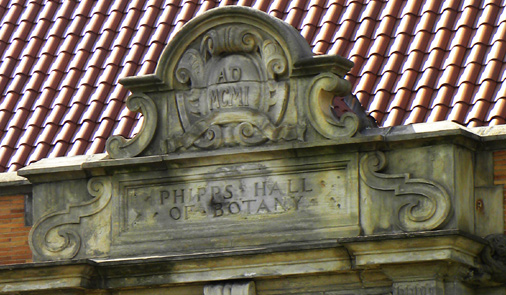 In the late 1800s, traveling any great distance was expensive, time-consuming, and inconvenient. Television and radio were yet to be invented and the first primitive cars were just coming on the scene. Manned flight was still years away. For the average person, the chance of ever seeing a cactus or a palm tree outside of a book was only a dream.

Yet throughout history humans have been fascinated by the natural world around them. One of the primary reasons for man’s interest in plants is that they were our first source of medicines. During ancient times the only remedies were natural ones derived from the local flora. History records that three thousand years ago, the Ancient Egyptians and Mesopotamians maintained gardens and cultivated plants. The Romans also had medicinal gardens as did the monks of the 8th century. However botanical gardens which were dedicated to the study of plants did not manifest until the 16th century in Italy. Botanical gardens sprang up all over Europe as international trade increased and the age of exploration began. The Europeans built botanical gardens in tropical locations to cultivate crops native to those climates. 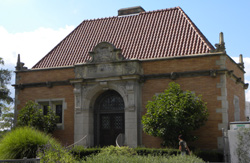 Botanical gardens and conservatories, also called glass houses, would soon become a status symbol of wealth. It was only the wealthy that could afford to grow citrus fruits in colder climates. Pittsburgh’s industrialists and business tycoons of the late 19th and 20th centuries became some of the world’s most generous philanthropists. They knew the value of conservatories.

Henry Phipps, Jr. and his wife, Hannah, grew up impoverished in Pittsburgh with childhood playmate Andrew Carnegie. As a young man, he and Carnegie partnered to form Carnegie Steel Co. It made them both exceedingly wealthy. Phipps then used his wealth to attempt to make a fortune in real estate. He eventually sold his shares in Carnegie Steel to devoted his life to charitable endeavors. Among them were the founding of the Phipps Institute for the Study, Treatment and Prevention of Tuberculosis at the University of Pennsylvania. As well as Phipps Psychiatric Services at Johns Hopkins Hospital in Baltimore. Not to mention Phipps Houses in New York City which addressed the need for housing for the poor. However, his most well-know and perhaps most beautiful gift to the public is Phipps Conservatory and Botanical Garden.

Phipps Conservatory was built as a gift to the residents of Pittsburgh. Phipps said he wanted to “erect something that will prove a source of instruction as well as pleasure to the people.” He stipulated that the conservatory should remain open on Sundays so that those who worked on Saturday would also be able to enjoy its grandeur.

The Founding of Phipps Conservatory 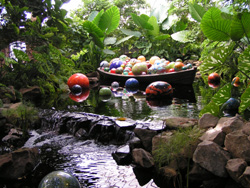 With the opening of Phipps Conservatory and Botanical Garden, Pittsburgh was elevated to heights of sophistication. Enjoyed by such cosmopolitan cities as London and Geneva, which respectively boast Kew Gardens and the Conservatoire Et Jardin Botaniques De La Ville De Geneve. 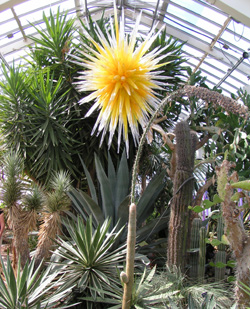 In the early 1900s Phipps was among the largest conservatories in the world. The original conservatory had nine rooms. The Palm Court is the centerpiece of Phipps, and is 65 feet tall at its highest point and is a tropical paradise. Henry Phipps gifted the city with an addition to Phipps, adding a South Conservatory between 1896 and 1897. Originally a large expanse, it was subdivided in the late 1930s and is now home to the Gallery and Tropical Fruit & Spice Room. In 1902, Henry Phipps funded the Cacti House, where desert plants grew to enormous height under the glass and Pittsburgh sun. Today the Cacti House is known as the Desert Room. An aquatic garden was added around 1910.

Other Pittsburgh businessmen generously donated to the Conservatory. In 1931, Charles D. Armstrong, owner of the Armstrong Cork Company, bestowed Phipps with 800 rare orchids valued at the time at $50,000, which bolstered Phipps’ reputation as one of the best conservatories in the nation if not the world. Inspired by an engraving found in a 17th century botanical art book Hortus Floridus, Phipps opened the Cloister Garden in 1939. A second pond was also constructed that year. In 1966, the Cloister Garden was redesigned as the Parterre de Broderie, French for “embroidery on earth.” In 1976, Phipps earned a spot on the National Register of Historic Places.

Phipps celebrated its 50th Anniversary in 1943. Record numbers of visitors toured the conservatory. Admission was free at that time. In 1952, the Pittsburgh Foundation gave a large electric fountain to the conservatory. It was installed in the Victoria Room. Schenley High School students refurbished the fountain in 1991, but in 1993 it was replaced by a programmable one.

The Border Garden was reconfigured and is now the Serpentine Room, while the Outdoor Garden, which was a WPA project, was redesigned in 1986. It went from being a perennial garden to containing an array of gardens such as a medieval herb garden, medicinal plants, and a fern garden.

Phipps Conservatory, Inc assumed management and care when the conservatory celebrated its 100th Anniversary in 1993. They signed a 100 year lease with the City of Pittsburgh. Phipps now functions as a 501(c)3 non-profit organization.

For more than 100 years, visitors have enjoyed the splendor of Phipps Conservatory.  Over the years the plants have grown and changed. The same could be said about the facility at Phipps. Much like a living organism the facility adapts and flourishes. Henry Phipps’s gift to Pittsburgh will truly be the gift that keeps on giving.