The Pennsylvania Center for Women and Politics 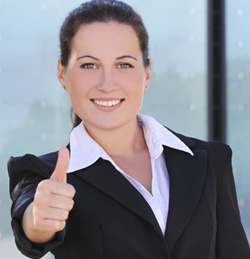 If you’ve ever observed a car with a steering wheel locked in a turn, you know that the car will go nowhere but in a circle. Perhaps that’s why our government sometimes seems to be running in circles and getting nothing done; it has been turned in one direction. While the population of Pennsylvania is almost equally divided between women and men, women are woefully under-represented in our governing bodies.

The Pennsylvania Center for Women and Politics at Chatham University is intent on correcting that imbalance. The Center, in addition to doing political research on women in politics, offers several programs to empower women to seek elected office including Ready to Run Campaign School, NEW Leadership, and the Elsie Hillman Chair in Women & Politics. Pittsburgh native, Dana Brown is the Center’s Executive Director, and Popular Pittsburgh asked her about the state of women in politics in Pennsylvania and how the Center can help more women seek office and win a seat.

1. How does Pennsylvania compare to the other states in terms of women holding elected positions?

2. What are some of the reasons why women refrain from seeking public office?

We know from a 2009 report that there are a few different reasons women give for not running: lack of a roadmap for getting where they want to go; they prefer to tackle community issues on their own their through volunteerism; nobody asked them to run. We hear the latter a lot, which says to me that many women do not immediately see themselves as political leaders, and this is where we come in. Other reasons why women don’t run include concerns about family while campaigning, lack of privacy, negativity of the campaign, and incumbency. Given that so many of our elected leaders are re-elected at high rates, as a newcomer, it is intimidating to run against an incumbent. Many women prefer to wait until the seat is vacant before tossing their hat in the ring.

Some newer research points to women’s lack of political ambition as a cause for the lack of women in elective office. However, that “Lack” of political ambition is found to be a manifestation of gender socialization. Women and girls are often taught to be less aggressive, less ambitious, and more accommodating. Yet, we know that when women run, they win at the same rates as men for similar seats. So that means that male and female candidates have just as good of a chance at winning an open seat or unseating an incumbent. Much of the Center’s job is to let women know that it is OK to have political ambition, and we are here to support them educationally along the way.

3. Are there other programs like the The Pennsylvania Center for Women and Politics at Chatham in the state?

Not that I am aware of. While we are located in Pittsburgh, we strive to be a statewide center. One of the ways we are accomplishing this goal is by offering the Ready to Run Campaign Training Program for Women in Pittsburgh and Philadelphia (www.chatham.edu/pcwp/education/readytorun/pittsburgh.cfm). The League of Women Voters in some areas of Pennsylvania offers a bi-partisan, half-day training every other year, but folks would need to check with their local leagues to see if there is one around.

4. How do men and women differ when running for office? Are women more hands-on, delegate more to campaign staff, etc.? Do they differ in governing styles?

We do know that when women are at the table, government transparency increases. They tend to work in a more bi-partisan, collaborative manner, the agenda is different as new items are put on, the procedure is different (again because research has found that women tend to work more collaboratively), the content of the discussion tends to be different because new perspectives are added to the discussion, new alliances come about through collaboration, and therefore, our public policy outcomes are different–hopefully, more reflective of who we are as a people.

5. Do you have any information from women who have sought elected office as to how they regarded the experience?  Was it enjoyable?  More difficult than they expected?  Did they find it satisfying, etc.?

Anecdotally, I hear from women that it was more challenging and more rewarding than they could have imagined. I have also been told that attending our Ready to Run training was helpful in setting up expectations and helping women to understand the campaign landscape for those running for the first time.

6. What do you believe is the biggest misconception that women hold that may keep them from running for office?

Women often believe that they are not qualified. So many women think that they need more credentials, more experience than they really need. They also often underestimate their fundraising prowess. Whether it is for school board or Congress, you will most likely need to raise money for your campaign, but once they sit down and start making lists of their networks, they see that they have a lot more potential than they initially realized.

7. Are there particular offices that pose more of a challenge for women to gain than others? Or is the challenge equal no matter the office sought?

No. Running for office, no matter what the level, is a challenge. However, local office is often a great way to get started.

8. Has there been any research that has been uncovered that surprised you?

With my training as a political scientist, I find research to be fascinating, so I am not sure if it surprises me anymore. One thing that has surprised me in my studies (still) is how often gender bias is built into our research institutions. It wasn’t until the 1990s that the National Institute of Health started to include women as part of their work. In political science, many studies were produced in the 50s and 60s, detailing “sex differences” indicating that girls and women were not interested in politics, only later to find inherent bias in the study.

9. Pennsylvania politics is dominated by the two political parties. Are the parties still mostly controlled by men? If so, is the lack of women seeking office due to a gender bias from the parties’ hierarchy, or is it due to a lack of enthusiasm for running on the part of woman, or a combination?

We know that women do not run at the same rates as men. Right now, only about 23 percent of the state legislative candidates are women–far from parity. So, we know that we need to encourage women to run. However, where that encouragement comes from is important. Certainly, the political parties have a major role to play in this regard. We know from research that having someone from the political party structure ask a woman to run for office has a greater impact than say someone from her family. This is because women being approached by the party see the organization as having inside knowledge as to what qualities are needed. I have reached out to both parties to encourage them to recruit more women candidates. When women run, women win.

10. Speaking to the enthusiasm of women for seeking office, have you found that women have a natural enthusiasm for seeking elected office that has gone untapped, or is it something that needs to be nurtured and encouraged?

Women for the most part have been socialized to not be too aggressive and eager in the political arena. Women are great citizens, as we have “out voted” our male counterparts for quite some time.  We need to nurture our girls into seeing themselves as leaders (and letting boys know that leaders look different than them sometimes) and continue that education throughout adulthood. We have a saying around the Center: “If you can’t see you, you can’t be it.” Many of our programs focus on highlighting the women who have run for political office as a way to inspire and educate. 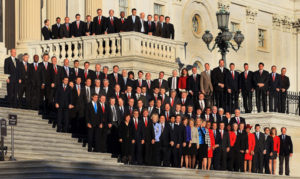 11.  Have any of the women who have taken advantage of the numerous opportunities provided by the Center gone on to seek office, and if so, have any of them won an election?

Yes. Just in the last three years, we have had two judges and one state representative win their general elections. In the 2014 primary, we had 16 alumnae who filed to run for various elective offices, and 10 were victorious. Two Ready to Run alumnae won their nomination for a congressional seat (Erin McClelland (D) and Kerith Strano-Taylor (D), and eight alumnae won their primary races for the state legislature. We shall see what November brings.

12. Does the Center have as its goal a 50/50 balance of power between men and women in elected office, or do you see the balance being dependent upon the natural interest of women collectively in seeking office?

We very much want to see our elective offices be more representative of its people. On that note, I look forward to the day where 51 percent of our legislature is female!

For more information on the The Pennsylvania Center for Women and Politics, visit: www.chatham.edu/pcwp.