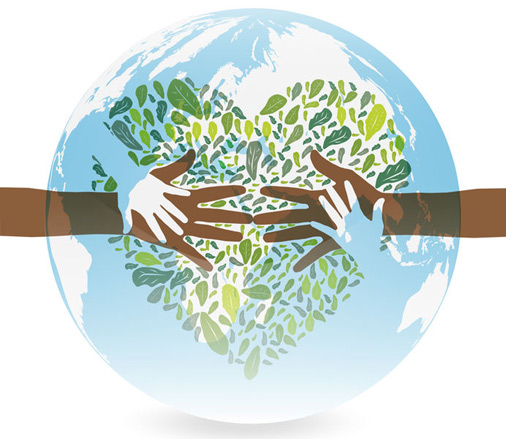 One of the best things about Pittsburgh is the generosity of the people living here. Below is a list of some local and national charities that are near and dear to the hearts of Pittsburghers as well as Popular Pittsburgh. Some of these charities have been founded by people just like you. Be sure to show your support, as advocating for them makes the world and Pittsburgh a better place.

Since its founding in 1958, Brother’s Brother Foundation has promoted international health and education by distributing donated medical, educational, agricultural, and other resources. It has provided over $3.5 billion in medical supplies, textbooks, food, seeds, and other humanitarian supplies to people in need in more than 140 countries. Brother’s Brother was founded by Dr. Robert Hingson, a physician and inventor from Pittsburgh. Forbes magazine has rated the foundation as one of the top four most efficient charities, with a 100 percent rating in fundraising efficiency and charitable commitment.

As the main social service agency of the Diocese of Pittsburgh, Catholic Charities aims to serve those in greatest need regardless of their religious affiliation. Since 1910 Catholic Charities has been offering a array of programs to help those who live in the six counties of the diocese: Allegheny, Beaver, Butler, Greene, Lawrence, and Washington. Eighty-six cents of every dollar donated goes directly to assisting those seeking help from Catholic Charities.

Established in 1893, The Children’s Home was founded to care for orphaned children and place them in loving homes. In 1984, the Pediatric Specialty Hospital was added to provide sub-acute care for infants. Child’s Way, a daycare for children with special medical needs, was added in 1998. With the ongoing and substantial support from the Mario Lemieux Foundation in 2007 it became The Children’s Home of Pittsburgh & Lemieux Family Center and began to focus on the needs of families. That intent is manifested in the many family spaces situated throughout the facility and “Austin’s Playroom” for siblings.

Since 1890, Children’s Hospital of Pittsburgh has been providing excellent patient care for sick and injured children in our area without financial stipulations. In 2012 alone, 28,000 children benefited from The Free Care Fund. In the past 60 years, the community has contributed $60 million to assist these children.

When the steel industry collapsed in the Mon Valley in the 1980s, Rainbow Kitchen Community Services was formed to aid those suffering from the economic downturn. It provides a safety net for the disadvantaged by implementing anti-hunger programs. it also provides case management services for such needs as housing, utilities, and transportation.

More than 70 years ago, entertainer Danny Thomas made a promise to St. Jude that if the saint came to his aid, Thomas would honor him. In 1962, Thomas made good on his pledge and opened St. Jude Children’s Research Hospital. The mission being to find cures for children with cancer and other devastating diseases through research and treatment. Through its impressive work, St. Jude’s has helped change the overall survival rates for childhood cancers from a rate of less than 20 percent when the hospital opened in 1962 to 80 percent today. Through the support of St. Jude, no family ever has to pay for treatment.

Most people are familiar with the Salvation Army’s red kettles.  They may not be aware of all the work the Salvation Army does. It operates 7,546 centers across the country, including food distribution, rehabilitation centers, anti-human trafficking efforts, and children’s programs. In addition, when disaster strikes, the Salvation Army is often the first on scene to offer help.

A network of 22 hospitals composes Shriners Hospitals for Children. These hospitals have locations across the United States, Canada and Mexico. It treats children with orthopedic maladies, burns, spinal cord injuries, and cleft lip and palate, without regard to a family’s ability to pay. Many techniques practiced around the world were developed at Shriners Hospitals.

Wounded Warrior Project began when several veterans and friends took action, aiding wounded service members returning from Afghanistan and Iraq. With advancements in battlefield medicine, more service members are surviving severe wounds and injuries. During World Wars I and II, there were 1.7 soldiers wounded for each one killed. In Operation Iraqi Freedom and Operation Enduring Freedom, seven have been wounded for each U.S. soldier killed. Wounded Warrior, through a variety of programs has sought to ease the transition to a new life as a wounded veteran.