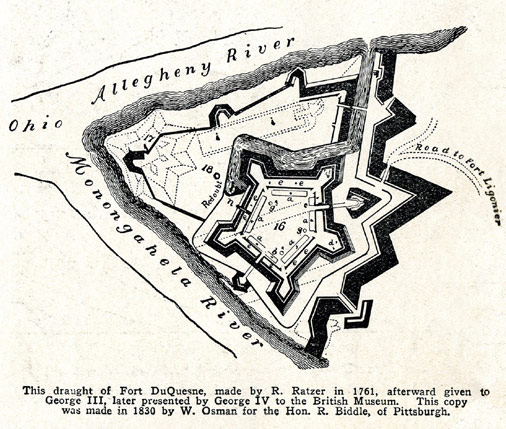 Did you know that when the General Assembly was petitioned in 1788 to form Allegheny County, four of the signatories were free black men?  During that time, African Americans found work in the steel mills, service sector and steamboat building industry.

Of course, it’s impossible to discuss early black history in our region without understanding the impact of slavery, which, in addition to its inherent injustice, has done much to obscure the lives and contributions of many.

Not much is known about early black history in Pittsburgh. Records show that in 1755, General Edward Braddock was dispatched by the British to take Fort Duquesne, which is now Pittsburgh, from the French. Braddock had several black members in his army when he left Maryland to march on the fort. Most were wagoners and drivers. Samuel Jenkins, a slave of Captain Broadwater of Virginia, drove the army’s provision train. As Braddock advanced upon Fort Duquesne, other African American recruits joined Braddock’s army.

The Negro in Pittsburgh was a work commissioned during the Great Depression. According to WPA History Billy Brown, Jack Miner, Abraham Lawrence, and Archibald Kelso were in the company as slaves of Captain Walker. Also along on the mission was a young black boy named Ishmael Titus, who accompanied his master.

Frontier Life and the Revolution

In 1758, General John Forbes marched again on the fort and finally took it for the British. He renamed it Fort Pitt. The WPA History states that there were 42 blacks among the “green-coated Pennsylvania soldiers, Marylanders and Virginians, kilted Highlanders and scarlet-coated Royal Americans.”

Fort Pitt became the British Empire’s western most outpost in America and a major trading post. In 1761, the WPA History records one of the first free men in the area, Tom Hyde. Hyde had been detained at Fort Pitt after having been taken prisoner during the war and had been brought to the fort afterward. Hyde had previously lived in Boston and his master, Andrew Morgan, had freed him in Europe. While at Fort Pitt, Hyde would have lived the typical frontier life: working in the smithy, caulking canoes, cleaning arms and running the saw mill.

During the Revolutionary War, numerous blacks fought on both sides. Lord Dunmore, the Tory Governor of Virginia, offered freedom to all slaves who would fight on the side of the British. According to the WPA History, 25,000 slaves joined from South Carolina and three-fourths of the slaves in Georgia joined the Redcoats. Similarly, General George Washington lifted the ban on blacks from serving with the Continental Army. It is not known how many joined from Pennsylvania, but there most certainly were a considerable number.

Pennsylvania and the Abolition of Slavery

On March 1, 1780, the Pennsylvania Assembly passed “An Act for the Gradual Abolition of Slavery,” which deemed that no child born in Pennsylvania could be a slave. Some chose to ignore the act. Consequently, several additional acts were enacted to close loopholes. One provision of the law required slaveholders to register their slaves. Many of the prominent families in the area registered slaves. The 1790 Census recorded 880 slaves in southwestern Pennsylvania. By 1800, there were 79 in the area and by 1830, there were no recorded slaves left in the southwestern Pennsylvania.

In the early 1800s, more blacks migrated northward. They settled in areas called Hayti, which is now the Lower Hill, and Arthursville, the area from Fullerton Street to Soho.

Arthursville became a major stop on the Underground Railroad in the early 1800s.  Lewis Woodson, a barber, educator, and minister; John B. Vashon, the richest black man in Pittsburgh; and John Peck, owner of the downtown oyster house; were all agents for the Underground Railroad. On the North Side, which was then known as Allegheny City, there were also two stops on the railroad. Avery College, a vocational school for blacks, and the Felix Bruno mansion also conducted slaves to freedom. Because of its secrecy, it’s not known how many slaves escaped through the Underground Railroad, but some have estimated that 100,000 blacks escaped through it, with most likely only 10 percent making it all the way to Canada. Many who didn’t go all the way to Canada settled in Pittsburgh in areas like Arthursville.

This area of Pittsburgh flourished until the Fugitive Slave Act of 1850 was enacted. The act permitted recapture of fugitive slaves. Terrified former slaves fled for Canada, decimating the population of places like Arthursville.

Pittsburgh, Anti-Slavery, and the Republican Party 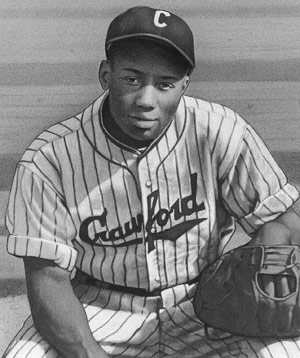 The anti-slavery movement led to the founding of the Republican Party, and Pittsburgh played a large role in the party’s early years, hosting the first-ever national convention here in 1856. With the election of Republican Abraham Lincoln in 1860, the simmering moral dilemma of slavery was brought to the cataclysmic conflict of the Civil War. Pennsylvania had the second highest enlistment of Union soldiers at 340,000, with 8,600 of them being black. More than 33,000 Pennsylvanians died in the war.

Fortunately, Pittsburgh never came under fire during the Civil War, but the first black field officer in the U.S. Army, Martin Delany, came from Pittsburgh. Delany was also one of the first blacks admitted to Harvard Medical School. An accomplished writer, scientist, and physician, Delany founded Pittsburgh’s first African-American newspaper.

After the war in 1875, the schools were desegregated, and in 1887, Lemuel Goggins was elected as the first black to city council. Between 1910 and 1930, Pittsburgh’s black population grew from 25,000 to 55,000. The growing black community established the Pittsburgh Crawfords, the Homestead Grays, The Pittsburgh Courier, the NAACP, the Urban League, and many black churches. Pittsburgh’s music scene flourished with entertainers like Mary Lou Williams, Errol Garner, Lena Horne and Billy Eckstine.[clear]

The Civil Rights Era in Pittsburgh 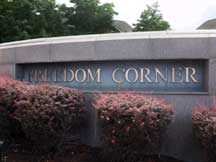 During the 1950s and 60s, blacks in Pittsburgh joined the fight for Civil Rights, achieving goals of desegregating swimming pools and other public places, and enactment of fair employment and housing laws.  Major protests were held when demolition of the Hill District, the area’s largest black neighborhood, began for construction of the Civic Arena. The corner of Centre and Crawford Avenues in the Hill is known as Freedom Corner, as it was from this intersection that protesters marched on city hall.

Freedom Corner was also the departure point for the more than 2,000 Pittsburghers who marched on Washington in support of Dr. Martin Luther King. A monument was constructed at Freedom Corner and dedicated on April 22, 2001.

In the intervening years, blacks have continued to make strides for equal civil rights, have achieved many
milestones and have risen to prominence in all areas of society. In addition to Freedom Corner, one of the newest venues to visit in Pittsburgh that celebrates black culture is the August Wilson Center for African American Culture, which opened on September 17, 2009. The center is named after the renowned Pittsburgh playwright, August Wilson, who won two Pulitzer Prizes for Drama for his plays Fences and The Piano Lesson, which are part of his series of 10 plays, known as The Pittsburgh Cycle.