Pittsburgh Fountains: There’s Something in the Water

9 Reasons to Travel to Ohiopyle 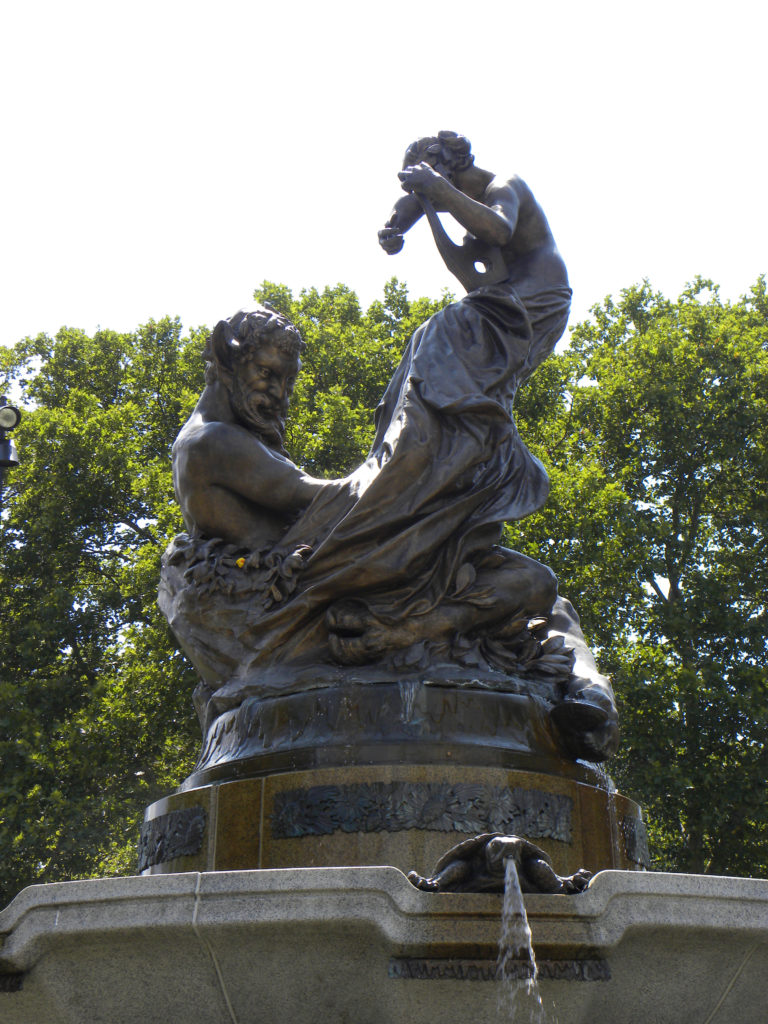 Whether bubbling, spraying, dancing, or cascading, there’s something hypnotic about a fountain. Pittsburgh has no shortage of fountains. In fact, the calling card to our city is a water fountain—the Point State Park fountain—and fittingly so. Our city’s founding hinged upon the favorable location of being near our three large, navigable rivers.

The Fountain at The Point

The landmark fountain at the point is majestic. In the center is a plume of water shooting 100 feet into the air. Three shorter fan-like sprays spaced around the plume pay tribute to our three rivers. Since its opening in 1974, the fountain has been a magnet for visitors to the park.

While the Point State Park fountain reigns supreme as the most grand in the area, throughout the city there are numerous water fountains where you can relax, enjoy the beauty, and let the sound of water lapping and gurgling wash all your cares away.

Within walking distance of Point State Park in the Golden Triangle are several water fountains—from the 25-foot primitive looking bronze fountain in Agnes R. Katz Plaza in the Cultural District to the stately fountain in the courtyard of the Allegheny County Courthouse to the Stonehenge-like black columns with cascading water at Mellon Green to the dancing waters at PPG Place and the Kamin Waterfall at Heinz Hall. All are worth a visit.

If you venture out of the city center, there are even more water features to discover like the Duquesne University fountain on its campus outside of Canevin Hall or the Water Steps on the North Shore—always a favorite place for children to splash–to the classical Mary Schenley Memorial Fountain in Oakland and the rebuilt historic Northeast Fountain in Allegheny Commons Park on the North Side.

Pittsburgh’s fountains are so beautiful and tranquil, you could spend a pleasant summer afternoon just exploring the city’s fountains, taking in the sights, enjoying the refreshing spray carried on the breeze, or listening to the song of the water.

Here’s a video of some of our fountains!