Off the Beaten Path: Little Bits of Paradise in Pittsburgh

Pittsburgh Pigeons: Love Them or Hate Them 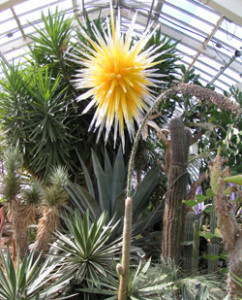 When you think of gardens in Pittsburgh, Phipps Conservatory & Botanical Garden in Oakland, the Biblical Botanical Garden at Rodef Sholem Synagogue, and the Pittsburgh Botanic Garden near Settler’s Cabin Park immediately spring to mind. But there are other lesser-known gardens and arboretums in the area that are no shrinking violets when it comes to natural beauty.

The Arboretum at Penn State

In the mood for a day trip? Then an excursion to the The Arboretum at Penn State in State College is in order. Initial construction for the arboretum and H. O. Smith Botanic Gardens were completed in 2009, and has been growing ever since.  The Childhood’s Gate Children’s Garden, one of 11 gardens at the arboretum, is especially popular with children of all ages. And after all that walking, refresh yourself with an ice cream cone from the university’s legendary creamery.

The Chatham Arboretum is located in the city of Pittsburgh on the campus of Chatham University. It is a 32-acre oasis with more than 100 different species that invite visitors to relax and unwind in one of the city’s most bustling neighborhoods. 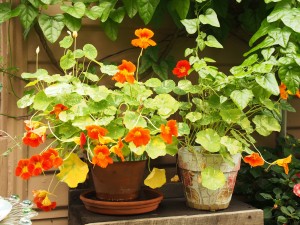 Old Economy Village was once the home of the Harmony Society, a 19th century religious community. When the last community member died the village was turned over to the commonwealth. Today is a historical landmark which aims to preserve and show how the society lived. Among the many interesting sites at the village is the George Rapp Garden, which is named for the society’s leader.  The garden dates back to the 1830s.

If you like a little man-made beauty with your natural beauty, then a trip to Mellon Park and its Walled Garden in Shadyside should be on your schedule. The garden is located on the former estate of Richard Beatty Mellon. It is now home to the Pittsburgh Center for the Arts and the Phipps Garden Center.  In 1929, Mellon had a walled garden installed on his property. The Mellon home serving as the fourth wall of the garden. At the time it was the largest ever built in the city but was demolished in 1949.

What remained of the walled garden has been refurbished and also transformed into an art installation, which honors the memory of Ann Katherine Seamans, who loved the garden. She died in an accident in 1999. The installation has 150 stone markers embedded in the garden that twinkle at night.  They represent the stars and planets in the exact configuration of the night sky in Pittsburgh on the night that Seamans was born. This is one garden that brightens your night as well as your day.

Located at the intersection of Wildwood and Ingomar Roads in North Park, at the site of the Veteran’s Memorial, is the Penn State Demonstration Garden.  Started in 1990, the demonstration garden includes trial beds for annuals and herbs.  It is cared for by Master Gardeners who, on Wednesday nights from around 4-6 p.m., answer questions about the plantings on display. You will not only admire the flowers here, but also learn about them too. 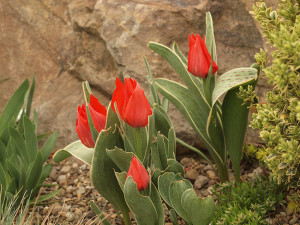 Poet Joyce Kilmer, who wrote the well-known line, “I think that I shall never see a poem lovely as a tree,” would be in heaven at the Pleasant Hills Arboretum as it showcases more than 70 different species of trees on 16 idyllic acres.  It is also a haven for bird watchers, and more than 100 different species have been sighted on the grounds.

A Rock Garden in Pittsburgh’s Northside

The largest public rock garden in Western Pennsylvania is adjacent to the National Aviary’s outdoor bird cages. It is by the bald eagles (700 Arch Street, Pittsburgh, PA, 15212), in Allegheny Park. This luxurious destination point is full of gems from the high mountain regions of the world–our own Rocky Mountains to the Himalaya Mountains of India and China.

Just down the road from the wave pool at South Park is The South Park Demonstration Garden.  It is located at the intersection of Corrigan Drive and McConkey Road.  In addition to 12 display beds, the garden has a border of native shrubs, perennials, and trees.  On Tuesday evenings from approximately 5-7 p.m., you can chat with the Master Gardeners who tend this plot. 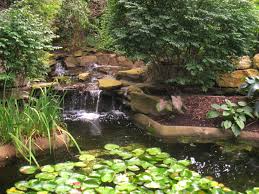 In the western part of Pennsylvania you can find 20 counties with small patches of beauty courtesy of the Western Pennsylvania Conservancy.  With more than 130 gardens in those counties, chances are there is one near you.

If you’ve never visited any of these gardens, it’s well worth “straying off the beaten garden path”. Open your horizons to the area’s lesser-known gardens and arboretums.