The Haunt in the Flower Shop at Etna, PA

Michael Blaha Flowers is one of the oldest flower shops in the Pittsburgh area, having existed for over 100 years. The building it resides in on Bridge Street has had an uninvited guest for just as long. When current owner David Kornely bought the shop in 1991, landlord Kevin Burke told it to him straight, “The place is haunted.” Not a believer at first, Kornely paid no mind to the landlord’s warning and went on with remodeling the shop.

History of the Building

The history of the building that houses Michael Blaha 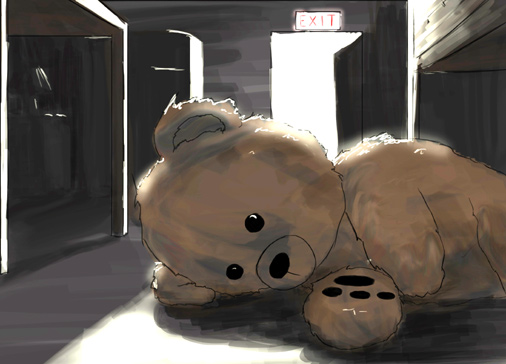 Flowers is a long and mysterious one. Kevin Burke believed that it had originally been a hotel before its conversion to a tavern and a restaurant. The story of the shop’s unusual presence begins when it was a brothel. One of the women who worked there had an illegitimate child named Peter. He wasn’t allowed out much and, as a result of his boredom, got himself into trouble. One day, he managed to get his hands on firecrackers and started a fire. Peter wasn’t able to escape and died from smoke inhalation. This grisly tale is backed up by reports of a fire taking place at the building many years past, as well as the presence of burn marks on the second and third floors.

Further evidence of strange happenings occurred many years later when a tenant living on the third floor used a kerosene heater placed a floor below for safety. One day, the tenant found the pump from the can in a sink and the kerosene in the basement. The tenant confronted the landlord, asking why he had an issue with his use of the kerosene heater. Not only did the landlord not know what the tenant was referring to, but there was no reason for anyone to be on the second floor.

Countless unexplained events in the building have been attributed to the spirit of Peter. They believe he enjoys playing mischievous pranks on the living. From 1977 to 1982 two sisters ran a small antique shop in the building. They often had experiences with Peter that included items being rearranged, strange anomalies, and even physical contact. It wasn’t unusual for the women to leave work for the night only to return the next morning and discover items disheveled and toys thrown across the store. In response to the strange events the sisters turned to a psychic for explanations. Upon investigation, he said he could sense a young boy named Peter, a child that was slight in build, dark-haired, and poor.

After Kornely finished redecorating the flower shop, a psychic from a morning radio show came in to do a special investigation for Halloween. Interestingly enough, the psychic felt Peter’s presence and told Kornely that the boy liked the remodeling job and felt comfortable, which is why he had ceased doing destructive things. Despite this, he still played pranks on the shop’s owner, employees, and customers. One of Peter’s favorite pranks was to move things all around. Kornely recalls with affection how stuffed animals were often moved around and sometimes seemingly lost forever before being discovered again. Peter also moved throughout the building. He’d “play” in the apartment buildings but usually stopping if kindly asked. One woman who is thought to live in Peter’s old apartment reported feeling her bed being rocked. She simply said, “Peter, stop” once and the rocking ceased.

With all of the interesting activities that went on with Peter around, Kornely has what some might call a strange bit of affection for the spirit, but unfortunately, he seems to have gone missing. Kornely states that most of the activity has faded away and that an Etna resident requested a blessing of the building. The blessing was similar to one newlyweds might have done for their new home. Kornely stated that the blessing went on without any strange happenings and that at first it didn’t seem to affect Peter’s activity. Shortly thereafter almost all of the activity ceased, and now there is nothing.

Today Michael Blaha Flowers is a much more peaceful little flower shop. Kornely says he misses Peter’s sense of humor. The shop’s loss of an ever-present friend is sad. On the positive side, perhaps Peter has finally moved on to his final resting place.

For more interesting haunted places to visit in the area, read Haunted Pittsburgh!