Guide to Banks in Pittsburgh

History of Riots in Pittsburgh 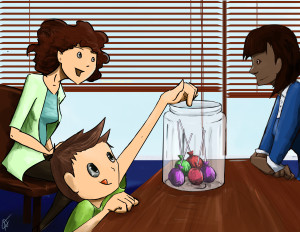 All banks deal in numbers, but it’s the great banks that don’t treat their customers like one.  While everyone is familiar with the mega-banks in the area, you may not know about some of the smaller banking institutions, which have roots right in your own backyard.

The following is a list of local banks with local ownership.

Founded in 1900 as a countermeasure to all the large financial institutions in Pittsburgh, Allegheny Valley Bank has served Pittsburgh customers for more than 100 years.  Today, it has ~10 + locations scattered throughout the region.

Brentwood Bank has been serving the South Hills of Pittsburgh for nearly 90 years. There are three (plus) offices in Brentwood and Bethel Park. Additionally, this business takes their banking services to customers in local independent living communities.

Charleroi Federal Savings Bank has nine locations throughout western Pennsylvania, and proudly describes itself as a “neighborhood bank.”

Founded in 1934 in Latrobe, Pennsylvania, Commercial Bank & Trust has 10 offices throughout Westmoreland County.

Community Bank was founded in 1900 in Carmichaels, Pennsylvania. There are offices in Greene, Washington, Allegheny, and Fayette Counties.  It is an independent, locally-owned, full-service bank.

Since 1934, Compass Savings Bank has been serving customers at its Wilmerding location, and touts that your deposits are invested locally.

Enterprise Bank opened in 1998 and was created to cater to the needs of entrepreneurs.  Headquartered in Allison Park, it maintains one location to keep the cost of doing business low.

Eureka Bank, founded in 1886 as Eureka Savings Fund and Loan Association, is a locally-owned, independent bank. There are two locations in Pittsburgh: Oakland and Shaler.

Headquartered in Indiana, Pennsylvania, First Commonwealth Bank serves customers in 15 counties throughout central and western Pennsylvania.  A community bank since its inception in 1982, First Commonwealth has partnered with numerous nonprofit organizations in the area, providing funding and support through financial literacy.

NexTier Bank was founded in 1878 in Evans City, Pennsylvania as a private bank known as J & E Dambach Bank.  In 1893, the bank went public and became known as Citizens National Bank.  In 2005 the bank changed its name again to NexTier.  It has 15 branches located throughout Allegheny, Butler, and Armstrong counties.

Formerly Savings & Trust Company of Indiana, S & T Bank was founded in 1902 in Indiana, Pennsylvania.  From a single location, the bank has expanded over the past century to serve numerous communities in Western Pennsylvania.

Sewickley Savings Bank has been in existence since 1884 and has three branches serving the western suburbs of Pittsburgh.

Founded by eight Slovak community members on Pittsburgh’s North Side in 1922, Slovak Savings Bank began business in the basement of the former St. Gabriel Archangel church on California Avenue.  It has been at its current location of California and Superior Avenues since the late 1920s.

Standard Bank has been in operation for over 100 years and serves communities east of Pittsburgh.  It also has two locations in Maryland.

Washington Financial Bank, founded more than 100 years ago, is headquartered in Washington, Pennsylvania.  It has nearly a dozen branch offices and loan centers located throughout Western Pennsylvania.

Since 1908, West View Savings Bank has been serving the residents of the North Hills of Pittsburgh.  Founded as West View Building & Loan Association, it became a bank in 1992 and has six offices.

Located in Latrobe, Pennsylvania, Westmoreland Federal Savings & Loan Association has been in business serving the community since 1952.