The Pittsburgh area is a great place for golf. In fact, the region has produced one of the game’s legends, Arnold Palmer, and has one of the premier courses in Oakmont Country Club. You may not be on par with Palmer, but there are numerous country clubs in the area where you can polish your game and have some fun at the same time. Below is a list of the country clubs near Pittsburgh. 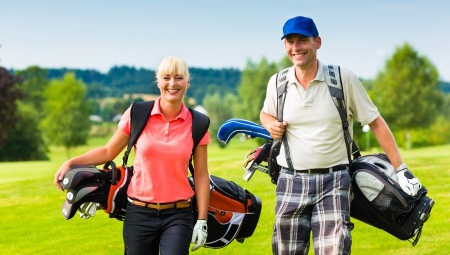 Since 1904, golfers have been coming to Butler to play a round of their favorite sport, first at the Butler Golf Club, the former Kohler farm in Lyndora, then to the its present location on Route 8, where in 1908, the golf course became Butler Country Club. Such was their love for the course that, in those days, golfers came to the club by railway on the “Short Line.” Though the railway is gone, golfers and guests still flock to the club, which also features several dining rooms, tennis, and swimming. Butler Country Club offers dining, social, golf, and young executive golf memberships.

Located west of Pittsburgh near Robinson Township, Chartiers Country Club offers a variety of memberships from corporate to social memberships. In addition to an 18-hole Willie Park designed course, Chartiers Country club has a pool and clubhouse with five dining facilities and can host events from business meetings to weddings.

The Club at Nevillewood

The Jack Nicklaus Signature Course at The Club at Nevillewood, in Presto, Pennsylvania, opened for play in 1992. Along with this magnificent course, members enjoy an Olympic-sized pool and baby pool, banquet facilities, social activities, and a newly remodeled clubhouse. A variety of memberships are available.

Diamond Run Golf Club opened in 1994 in the Sewickley area of north suburban Pittsburgh. The course is an 18-hole Gary Player signature and is a golfer’s haven. The club offers a variety of dining options as well as banquet facilities. The club has an array of memberships.

Founded in 1898, Edgewood Country Club was originally located in the community of Edgewood, but in 1921 it relocated to Churchill, a suburban municipality to the east of Pittsburgh. It is a private golf, social, and tennis club, which also has a pool, paddle tennis, and banquet facilities. Its golf course was designed by one of golf’s most well-respected golf architects, Donald Ross.

When Pittsburgh’s Mayor Magee made Schenley Park’s golf course public, some of the golfers there decided they needed a private club of their own, and in 1923, Fox Chapel Golf Club was established north of Pittsburgh in Fox Chapel. In addition to golf, Fox Chapel Golf Club has swimming, racquet sports, shooting, and a lovely Georgian-style clubhouse featuring an elegant ballroom and large porch with a delightful view of the golf course.

Green Oaks Country Club was established in 1904 along the Allegheny River at Logan’s Ferry. Frequent flooding necessitated a move, and the club was relocated to Verona. The club boasts an 18-hole Donald Ross course, outdoor heated swimming pool as well as a children’s wading pool, exercise facilities, tennis courts, and bar, clubhouse, and banquet facilities. A variety of memberships are available.

Greensburg Country Club in Westmoreland County was established in 1904. Its 18-hole golf course, pro shop, pool and clubhouse make Greensburg Country Club a destination for family fun. An on-site events planner will make hosting your next social event a breeze. Currently, membership is offered without an initiation fee or minimum monthly spending requirements.

Founded in 1923, Hill Crest Country Club is located in New Kensington and offers 18-holes of golf in the scenic Alle-Kiski Valley. It also boasts a swimming pool and tennis courts as well as a lovely clubhouse suitable for social events such as banquets and weddings. Hill Crest Country Club features reasonable membership fees at a variety of levels.

Latrobe Country Club is where Arnold Palmer learned the game. Located in Westmoreland County, Latrobe Country Club was founded in 1920 and offers tennis courts, a pool, and dining, including the Palmer Grille and ballroom suitable for weddings. Memberships are available in a variety of categories.

The Longue Vue Club, located in suburban Verona, was founded in 1920 by some of Pittsburgh’s wealthiest businessmen and earned the title of “The Millionaire’s Club.” It has been designated a National Historic District. In addition to golf, The Longue Vue Club offers racquet sports, swimming, and sporting clays. The Longue Vue Club has a variety of venues for your social events.

Located in Coraopolis, Montour Heights Country Club was founded in 1911 and is located on the McCune Family estate. John Robinson McCune III was one of the founding members of the country club. The course is the only Pete Dye-designed golf course in Western Pennsylvania. In addition, there is tennis, a swimming pool, and many scheduled social events throughout the year. In addition, several dining and banquet facilities make hosting social occasions elegant and simple. Memberships are offered at a variety of levels.

Oakmont Country Club is the most-well known club in the Pittsburgh area. It has hosted more combined USGA and PGA championships than any other course in the U.S., including eight United States Opens, five U.S. Amateurs, three PGA Championships, and two U.S. Women’s Opens and consistently ranks as one of America’s top courses. The clubhouse is exclusive to members.

Saint Clair Country Club, located in the South Hills of Pittsburgh, was established in 1916. As one of the top 100 clubs in the country, St Clair Country Club is designated a Platinum Club. This country club offers an 18-hole championship course and a nine-hole course. It also offers a heated swimming pool, fitness facilities, paddle tennis, and massage therapy. The clubhouse has both large and small venues for your events. Membership is by invitation only.

Three friends by names of D. H. Roelofs, R. H. Houston and J. L. McBride, founded the Shannopin Country Club after deciding to take up golf again. They purchased the Jackman Farm and neighboring land in 1919, and opened the club a year later. The developers chose the name for the Delaware tribe Chief Shannopin, who lived near the area. Over time the club has added tennis, swimming, and fitness facilities to the grounds, as well as a club house. Memberships are welcome.

South Hills Country Club opened in 1920 with the mission of providing a country club for the residents of those living in the suburbs south of Pittsburgh. In addition, to an 18-hole golf course, South Hills Country Club has an Olympic-sized pool and a kiddie pool as well as clubhouse and numerous social events scheduled throughout the year.

What began as the Mt. Lebanon Golf Club has become Valley Brook Country Club. In the early 1960s, the Mt. Lebanon Gold Club realized it would be more economical and efficient to establish a new country club rather than expanding at their present location. Therefore, the club moved to McMurray and built a 27-hole golf course, Olympic-sized pool and baby pool, and paddle tennis courts. There are numerous dining facilities at Valley Brook from bistros to banquet facilities that can accommodate any social event.

Located in Allison Park, Pennsylvania, in the northern suburbs of Pittsburgh, Wildwood Golf Club has an 18-hole championship course, pool, tennis facilities as well as a clubhouse. Memberships, at a variety of levels, are available from dining privileges only to Class A Golf Memberships.

Willowbrook Country Club in Apollo, Pennsylvania, was established in 1956. Its grounds stretch over 150 acres. It allows golfers to carry their bags (no trail fee), use a walking cart, or ride. It also has a driving range. 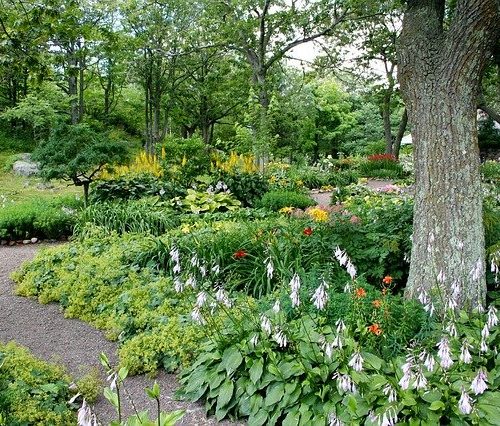