The Best of Beaver County 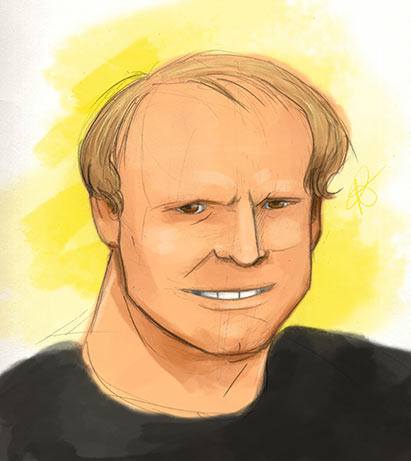 Dr. Bennet Omalu was born in Nigeria and came to Pittsburgh to train as a neuropathologist in the Allegheny County Coroner’s office under the tutelage of Dr. Cyril Wecht. Though his tenure here was short, his work has revolutionized the world of sports and medicine.

Sadly, it’s become a routine occurrence for athletes to suffer from chronic traumatic encephalopathy(CTE). This brain disease, its discovery, and the fallout from those findings all tie back to Pittsburgh. The disease is described as brain degeneration due to repeated head trauma. If you have seen the critically acclaimed 2015 movie Concussion starring Will Smith, you know that pathologist Dr. Bennet Omalu first discovered CTE here in Pittsburgh.

The tragic death in 2002 of Steelers great Mike Webster was the catalyst. In a 2009 expose in GQ magazine on Omalu’s work, journalist Jeanne Marie Laskas revealed how erratic Webster’s behavior had become by interviewing Bob Fitzsimmons, Webster’s lawyer. Webster contacted Fitzsimmons asking for help.  Mike Webster sat down and told Fitzsimmons what he could remember about his life. He had been to dozens of lawyers and doctors. Unfortunately, he really couldn’t remember whom he’d seen or when. He couldn’t even remember if he was married or not but had a vague memory of divorce court and lots of Ritalin. Fitzsimmons sued the NFL on Webster’s behalf for disability payments. The NFL contested.

When Webster died of a heart attack and his remains ended up on Omalu’s autopsy table, something nagged at the doctor. he couldn’t help but wonder how such an athletic man came to exhibit signs of dementia, paranoia, memory loss, and erratic and explosive behavior.

Omalu requested to do further testing on Webster’s brain and eventually discovered an accumulation of tau proteins in the regions of Webster’s brain responsible for executive functioning, moods, and emotions. Omalu presented his findings in a medical journal but was dismissed by the NFL.

Unfortunately, it took several more athletes exhibiting symptom of CTE to die before the NFL began to take Omalu seriously. Those included Steeler Terry Long, who died by drinking antifreeze and Steeler Justin Strzelczyk, who died in a car accident during a  high-speed chase with Buffalo, New York, police. However, the only reason the NFL recognized his findings was in an attempt to discredit him. Congress then began to investigate and the NFL players sued the league. 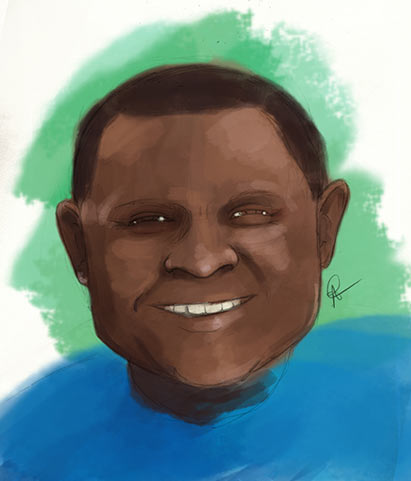 The movie Concussion ended there. However, Dr. Omalu’s findings have been ongoing. They have revolutionized professional sports as well as athletics from college level to the youngest participants. Prevention and treatment of head injuries also drastically changed. They have cost the NFL and estimated $1 billion in concussion-related settlements. Due to Omalu’s research, the words “concussion protocol” have become a commonplace phrase. Many athletes have come forward to reveal that they believe they have CTE and request that their brains be donated, upon their death, for study. There is no test to diagnose CTE; it is only confirmed upon autopsy of the brain.

Research in CTE has also grown, and concussion programs have sprung up all over the country. In Pittsburgh, UPMC founded the Sports Medicine Concussion Program, which conducts baseline brain testing. This establishes a baseline for normal brain functioning before a concussion occurs. The program also manages treatment, recovery, and rehabilitation from concussions. Some recover from concussions in a few days, while others take weeks or months. there is also the possibility for some to suffer long-term effects.

While all the research and prevention resulting from Dr. Omalu’s findings are gratifying, sadly the list of athletes who have succumbed to the disease or suspect they have it continues to grow. NFL greats like Bubba Smith, Ken Stabler, and Frank Gifford have all been confirmed to have had CTE. What’s more tragic is that several other sufferers’ brains have been so impaired that they have also taken others’ lives. Pro wrestler Chris Benoit killed his wife in an apparent murder-suicide, and Kansas City Chiefs linebacker Jovan Belcher shot and killed his girlfriend before taking his own life. Forensic exams on both of their brains revealed signs of CTE. In 2015, Hall of Fame running back and University of Pittsburgh standout Tony Dorsett revealed that he believes he has CTE.

According to statistics from UPMC’s Concussion Program, it’s not just student athlete football players who suffer concussions. The second-most occurrence of concussion in sports is girls’ soccer and the third-most is girls’ basketball.

The NHL and the NCAA are also facing concussion-related lawsuits. Many of the professional leagues have instituted new rules with the hope of preventing concussions. In some cases, opting to employ concussion spotters who have authority to pull a player exhibiting concussion symptoms. According to the Little League baseball site, all 50 states have enacted some sort of concussion safety directive. Pennsylvania as well as the CDC have developed concussion programs whose missions are to educate coaches, trainers, officials, parents, and anyone involved in sports on how to prevent head injuries, spot possible concussions, and manage athletes with concussions.

The potential for even more victims makes the future seem rather grim, but research into CTE is ongoing, including ways to diagnose the disease in the living. Ways to prevent new head trauma by developing safer helmets and instituting regulations to protect players are also being explored.

Common sense tells us that you can’t correct a problem until you identify it. Thanks to Dr. Bennet Omalu and the work he did in Pittsburgh on some of our sickest Steelers, he has given us the heads-up on how to keep current and future athletes safe and healthy.