The Best of Butler County

If there is a “sweet spot” in Western Pennsylvania, it may be Butler County. Located only 25 miles north of Pittsburgh, Butler County is close enough to enjoy all the attractions and amenities that the city offers, but is far enough away to retain the charm of small-town America and the peacefulness of rural life. Butler County was founded in 1800 and named for General Richard Butler, an officer in the American Revolutionary war. German immigrants particularly were attracted to the county and throngs of settlers came to the area and founded numerous towns, creating a rich historical legacy. Today, Butler County boasts bustling communities such as Cranberry Twp. and quaint hamlets such as Harmony. Below are some of the other not-to-be-missed attractions, venues, and events that Butler County offers. 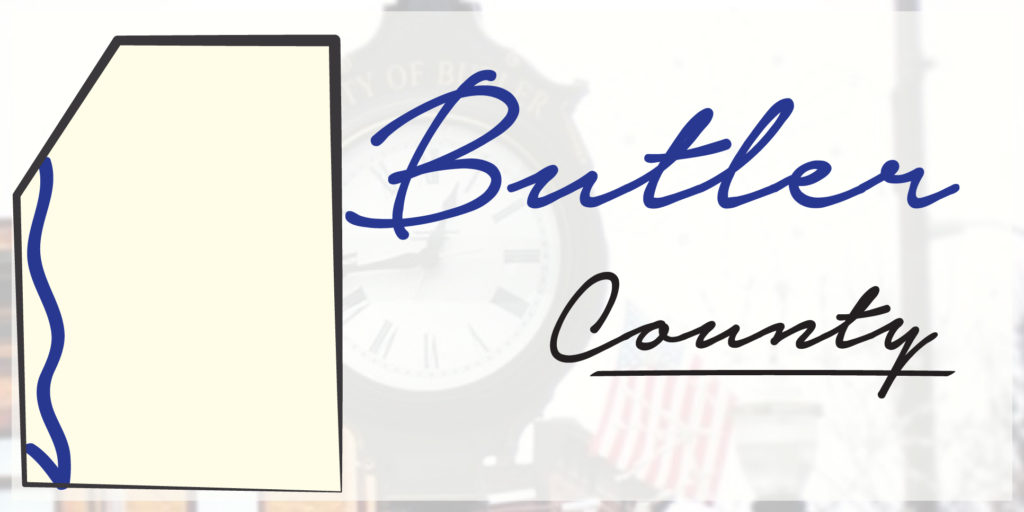 Have a hankering for some Mary Janes, Good & Plentys, or wax lips? Then Baldinger’s Candy is the place to visit. Since 1933, Baldinger’s has been offering a wide variety of sweet treats, usually most of the penny candy you loved during your childhood. In 2008, the store moved from its original location on Route 19 to two miles further north just before Zelienople. The store still retains all the quaintness of the old store including their wooden cash register.

Did you know that the Jeep owes its existence to Butler? It was here that this iconic vehicle was created. Since 2011, the Bantam Jeep Heritage Festival has been held at Coopers Lake Campground and celebrates everything Jeep. It has on-site, off-road trails, a Jeep history exhibit, and playground. The Parade of Jeeps set the Guinness World Record for the Largest Jeep Parade in 2016. The festival is held every year during the second weekend of June.

The Big Butler Fair is the largest agriculture fair in Western Pennsylvania and has been held for more than 160 years. It attracts thousands and features carnival rides, food, demolition derbies, entertainment, truck pulls, and fireworks. The fair is held for nine days over the Fourth of July at the fairgrounds in Prospect, Pennsylvania.

The community of Harmony was founded in 1804, by George Rapp and the Harmony Society of German Lutheran Separatists. The community would eventually move to Economy, but 50 buildings remain from the German village, nine of them administered by the historical and preservation group. You can spend the day exploring this quaint village, and its museum, shops, and restaurants. It is a National Historic Landmark District.

The Harmony Inn offers a one-of-a-kind dining experience. Originally the home of Austin Pearce, a successful banker, mill operator, and railroad executive, the Harmony Inn was built in 1856 in the Italianate style. Through the decades, it has served as a hotel and as a restaurant or tavern under several different names. Today, you can enjoy lunch and dinner in this historic home. The Harmony Inn specializes in German dishes and features entertainment.

For more than five decades, Lernerville Speedway has been the place for race enthusiasts. Located in Sarver, Pennsylvania, the speedway features 410 Sprints, Super Lates, and Big Block Mods & Stock car races. The season runs from April until mid-October.

In 1968, George Romero directed the horror film Night of the Living Dead, setting the picture in Evans City. The flick became a cult classic, and today in Evans City there is a museum devoted to all things “dead.” There you will find props and memorabilia from the movies as well as a visual history devoted to zombies. You can also shop for zombie merchandise.

The Maridon Museum is the only museum in Western Pennsylvania devoted to Asian art and culture. The building and objects were a gift from lifelong resident Mary Hulton Phillips. In addition, it features 300 pieces of Meissen porcelain. The museum is located in Butler. 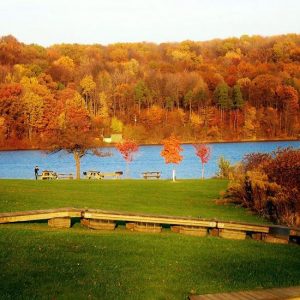 At Moraine State Park in Portersville, outdoor activities abound. There are miles of hiking, biking, and horseback riding trails. But the jewel of the park is Lake Arthur. With 42 miles of shoreline, swimming, fishing, camping, and picnicking revolve around the picturesque lake, not to mention the park being a boater’s paradise. In the winter snowmobiling, cross-country skiing, snowshoeing and sledding are some of the outdoor fun available at the park. To find out more about activities and hours check out Moraine Preservation Fund.

Built in 1822, the Old Stone House in Slippery Rock began as a stagecoach stop and tavern on the way from Pittsburgh to Erie. Through the decades, it has functioned as a post office and muster point during the Civil War. Today, the inn is a museum of rural life and is managed by Slippery Rock University.

Beginning in November, Shadrack’s Christmas Wonderland presents a dazzling light and music spectacular that gets everyone in the Christmas spirit. Held at the Butler Fairgrounds in Prospect, the display of dancing and sparkling lights is viewed from the comfort of your own car. The drive ends at Santa’s Village, where food and drinks are offered as well as activities such as a Rock-Climbing Wall, Moonbounce, and Polar Express Train.

The Strand Theater in Zelienople was opened in 1914, but when moviegoers began to head to the Cineplex, The Strand fell on hard times and closed in the early 1980s. In 2001, The Strand Theater Initiative was formed to revive the beloved theater, and in 2009 a renovated theater opened. The Strand now presents live entertainment as well as classic, independent, and foreign films.

Located near the Butler Airport, the Succop Nature Park is an Audubon Society of Western Pennsylvania reserve. It includes two ponds, walking trails, and numerous open spaces. It also includes a 170-year-old mansion that makes for a beautiful wedding venue.

The Harmony Museum’s annual WeihnachtsMarkt in Harmony brings the German Christmas market to Western Pennsylvania. Held in November, the event offers gift-shopping in a family-fun way. Artisans, vendors, and entertainment as well as food and refreshments reflecting the area’s German heritage are featured.

If you like the outdoors, then Zelienople Community Park is the place to visit. There you will find a pool, skate park, dog park, and work-out park as well as picnic shelters. The park also hosts classes such as Dog Obedience Training, and Yoga and events such as a Farmer’s Market and musical entertainment.

I had to include this for personal reasons. As a child, my family had a summer cottage on the banks of the Connoquenessing Creek near Zelienople, and a highlight of a trip into Zelie was to get a drink out of the lion’s mouth. Located on the corner of Grandview and Main Streets, the iconic fountain is maintained by the Zelienople Lion’s club.

What's in a name? Butler
SW Counties of PA
Share
0 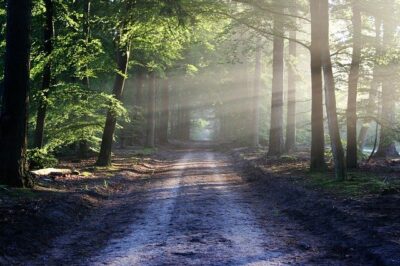