A Night at the Parkway Theater & Film Lounge 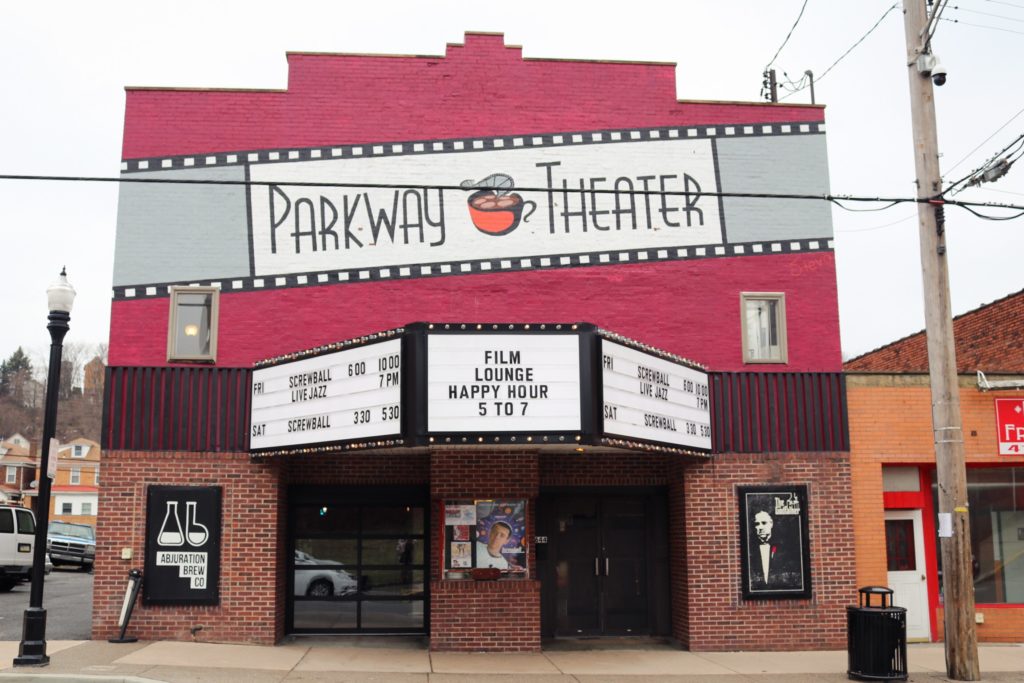 Aaron Stubna, owner and operator of Parkway Theater has been a film fan since he was a very young age. He believes that movies are meant to be seen on a big screen. That’s what movies are made for. As a boy in the 1980s, Aaron would go to see films at the Parkway Theater in Mckees Rocks. Little did he know a few decades later it would be his mission to bring life back to that very theater.

The building at 644 Broadway Avenue in McKees Rocks hadn’t been used as a movie theater for more than 25 years when Aaron purchased it in 2011. But Aaron had a vision of offering movie fans the comforts of home with the big screen experience. He wanted to create a full-service theater and bar experience for movie lovers. Aaron brought his vision to life.

The new and improved Parkway Theater and Film Lounge is Pittsburgh’s first movie theater/brewery/full-service bar & lounge with a variety of entertainment. New independent films are screened every week. Along with a limited menu restaurant and bar in the lounge, the Abjuration brew Company has also set up shop. Patrons are able to enjoy their food and beverages throughout the Film Lounge, the main theater, and the tap room. The Parkway hosts karaoke, trivia, open mic, and comedy nights as well!

If you are looking for a truly unique place to hold an event—anyything from a birthday party to a corporate get-together, contact Aaron and see what options he has for you. Aaron envisions a bright future for his theater as well as the community of McKees Rocks.

Special thanks to Aaron and his wife for the hospitality, and I cannot wait to see what Parkway does next!