Pittsburgh Neighborhood Names: A to Z

The Steel Curtain is one of the most storied defenses in all of NFL history. Coined by Steelers fans in 1971, the moniker refers to the team’s defensive line of that decade. There are four players in particular who made up the Steel Curtain. Joe Green, L.C. Greenwood, Dwight White, and Ernie Holmes are part of the defensive line that carried the team to four Super Bowl Championship wins (IX, X, XIII, and XIV). They are credited with building the Steelers’ championship dynasty in the 1970s. 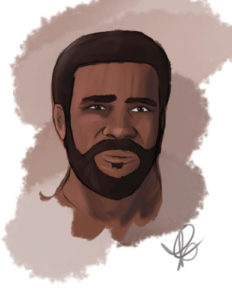 The “Mean” Joe Greene got his nickname from his dominant and overpowering style of play, as well as his origins from the North Texas State University “Mean Green” football team. The Steelers selected Mean Joe Greene as the No.1 pick in the 1969 NFL draft. His performance as a left tackle earned him the title of the NFL’s Defensive Rookie of the Year. And kept that performance up for the next 11 seasons. Twice—in 1972 and 1974—the NFL named him Defensive Player of the Year. Additionally, Green was elected to the Pro Bowl 10 times during his 12-year career. Greene retired after the 1981 season, having played in 181 out of a possible 190 games. He went on to work as an expert commentator for the NFL on CBS for a few years. After that, he became an assistant coach, first for the Pittsburgh Steelers (1987-1991), and then for the Miami Dolphins (1991-1995) and the Arizona Cardinals (1996- 2003). Mean Joe Greene has been a member of the Pro Football Hall of Fame since 1987.  In 2014, he became the second of only two Steelers to have their jersey number retired.

L.C. Greenwood, a.k.a Hollywood Bags, was the Steelers’ 10th round pick in the 1969 NFL Draft out of the University of Arkansas Pine-Bluff. He became the starting left defensive end in the 1971 season, playing in that position for the next ten years. Greenwood played in the Pro Bowl six times during his career. He was also named to the NFL All-Pro teams in 1974 and 1975. Twice, in 2005 and again in 2006, Greenwood was a finalist for the Pro Football Hall of Fame. Despite not being elected, Hollywood Bags felt that the Steelers who have already been inducted represented the entire team’s accomplishments. Fans and commentators largely remember Hollywood Bags for wearing gold-colored shoes on the field. That, along with his desire to become an actor after retiring from the game, is what gave him his unique nickname. Greenwood died in 2013 at 67 from kidney failure.

Nicknamed “Mad Dog” for his intensity, Dwight White is a two-time Pro Bowl defensive end and a four-time Super Bowl champion with the Steelers. He was drafted as a fourth-round pick from East Texas State (now Texas A&M University) in 1971. Mad Dog is most remembered for his surprising come back at Super Bowl IX, which led to the Steelers’ earning the team’s first championship game. After spending most of the week before the Super Bowl in the hospital with pneumonia, fans did not expect Mad Dog to play. However, not only did he play, he sacked Fran Tarkenton in the first half, which opened his teammates up to score. White retired from football in 1980 before becoming a stock broker. He died in 2008 at 58 from a blog clot in his lung, likely as a result from surgical complications.

Ernie “Fats” Holmes is perhaps the most overlooked member of the Steel Curtain, yet is known for his fierce and punishing style of play. The Steelers selected him in the eighth round of the 1971 Draft out of Texas Southern University. Holmes played for the Steelers for six seasons, during which he became a two-time Super Bowl champ. It’s not clear how Holmes got his nickname, but he reportedly grew into it, having been traded in 1978 due to on-going weight issues. Fats played three games with the New England Patriots before retiring. After his NFL career, Fats found work as a wrestler and an actor before settling down on a Texas ranch and becoming a small-town minister. Holmes died in 2008 at the age of 59 in a one-car accident.