Dr. King and the Civil Rights Movement in Pittsburgh

One of the first questions a small child asks is: Why?

There‘s something innate in humans that make us need know to the reasoning behind things big and small. We need to know why.

The Mysterious Death of Dakota James

That same desire to know why has haunted many over a death that took place in Pittsburgh. On January 25, 2017, Dakota James, a 23-year-old Duquesne University graduate student, went missing after being out drinking with friends. Police tracked down his last know whereabouts using surveillance cameras in downtown Pittsburgh. On March 26, 2017, James’ body was found in the Allegheny River.  Allegheny County Medical Examiner’s office ruled his death an accidental drowning.

In 2014, Paul Kochu, a nurse at Allegheny General Hospital, suffered a similar fate as Dakota James. Kochu disappeared after a night of drinking while watching Monday Night Football, on December 16, 2014. He was last seen at 2:45 a.m. in downtown Pittsburgh near the 10th Street Bridge. On March 20, 2015, Kochu’s body was found in the Ohio River near Wheeling, West Virginia. In this instance, the authorities reported the cause of death as “undetermined drowning”.

People say that once is chance, twice is coincidence, and third is a pattern. Sadly, these two murders that took place in Pittsburgh share some resemblance to a string of deaths of college-aged men dating back to the late 1990s. Most of the victims were found in bodies of water. Some sources allege the presence of smiley face graffiti nearby many of the crime scenes.

Supposedly, the first “Smiley Face Killers” victim was Patrick McNeill, a Fordham College senior, who left a New York City bar in 1997. His body was found a month later in the East River. Kevin Gannon, the detective on the McNeill case, promised the victim’s bereaved parents that he would find out the answers to the questions surrounding their son’s death. 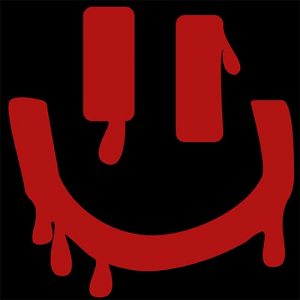 Gannon, along with former NYPD detective Anthony Duarte and criminal-justice professor Lee Gilbertson, have declared that there is an “epidemic” of college-aged white men who have disappeared after an evening out with friends only to be found dead in a local river. Since 2008, the trio have been calling to attention what they believe are related deaths. They believed that a gang-like organization, which they coined the “Smiley Face Killers,” had committed these homicides. The term “Smiley Face Killers” come from the graffiti smiley faces supposedly found at the crime scenes.

Their work has spawned an Oxygen series, Smiley Face Killers: The Hunt for Justice, which aired in January 2019. What doesn’t make sense is that many of the 40 cases the investigators have looked into have puzzling evidence. For instance, Dakota James was missing for 40 days, yet his body showed very little decomposition. Gannon, Duarte, and Gilbertson believe the victims were drugged with the date-rape drug GHB, murdered and then dumped into the river. Unfortunately, it is not routine for post-mortem toxicology tests to include GHB analysis.

Not everyone is on board with the Smiley Face Killers theory that Gannon and his associates propose. In fact in 2008, the FBI stated that it had “not developed any evidence to support links between these tragic deaths or any evidence substantiating the theory that these deaths are the work of a serial killer or killers.”

The Center for Homicide Research released a report in 2012 debunking the Smiley Face Killers theory. They stated that the theory is an “urban legend,” citing the inconsistencies with the signature smiley face graffiti. It details the lack of uniformity among the smiley face signs and the universality of the icon. The fading of the graffiti at several crime scenes allegedly proves that the symbol was put there well before time of the crime.

Another point they make is that homicide by drowning is very rare. Furthermore, that method is mostly executed by parents who drown their own children. The report states that cold water, in which both James and Kochu’s remains were found, can preserve bodies and prevent them from decaying. It also points to a LaCrosse, Wisconsin report that was conducted from fall 2006 until February 2010. The LaCrosse report stated that police foot patrols stopped over 50 intoxicated people from walking along the river late at night. During the period between 1997-2010, “nine intoxicated college-age men have drowned in area rivers.”

The report also addresses our need for answers stating:

Throughout history, society has always needed to produce monsters, often called folk devils, to help explain the unexplainable Homicide and other forms of death then become mysteries. This information vacuum becomes the breeding ground of rumors, myths, legends, and all forms of monster-making.

In the end, we are presented with more questions than answers.

Is the Smiley Face Killers theory real? Did Dakota James and Paul Kochu simply drown, or are they two victims among many?

Unfortunately the answer is, we don’t know.