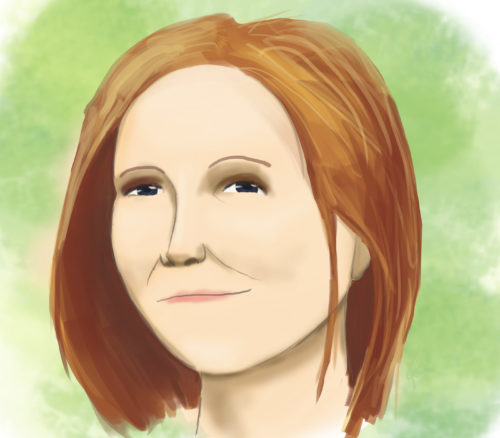 Dana Brown is the Executive Director of the Pennsylvania Center for Women and Politics at Chatham University. She grew up in Castle Shannon and attended Keystone Oaks High School. The Center’s mission is to help more women run and get elected to public office. Ms. Brown’s interest in politics was sparked early in her life. “I watched my first presidential debate in the fourth grade and was hooked. I also learned at an early age through history classes that politics was a way in which to overcome injustices, which is really powerful,” said Ms. Brown.

She is a graduate of Allegheny College and received her master’s degree from Rutgers University. Additionally she has a Ph.D. in Political Science. She lives with her family in the Regent Square area. They appreciate all Pittsburgh has to offer. “I like that Pittsburgh is large enough to have sports teams, a cultural district, and a metropolitan atmosphere while being small enough that you can really make a difference here. I find that you can reach out to your elected officials easily and get involved in community projects,” said Ms. Brown.

While she enjoys living in her hometown, she also believes Pittsburgh could improve upon its diversity. “We need to attract folks from all walks of life to Pittsburgh and be really welcoming. I also think we could widen the pool from which we draw our elected leaders to include more women, men and women of color, and young people. When you have a diverse group of leaders coming together on public policy, you get different perspectives, which hopefully informs the debate more fully,” she said.

Pennsylvania Center for Women and Politics at Chatham University

She works at the Center with hopes to rectify that situation, and she relishes the opportunity. “Whether it is a student or community member, I think the most satisfying part of my job is having a woman attend an educational program unsure if government/politics is for her and doubting her credentials, and then leaves feeling very confident that her voice matters and will consider public service. In sum, I think it is seeing their confidence grow knowing that I played a small role in that.”

Having been a class senator at Allegheny College for a few years and in the President’s Cabinet as the Director of Educational Affairs, Ms. Brown has not ruled out running for office in the future. “I truly believe that everyone should consider serving. I am sure if/when my time comes, I will definitely consider it,” she said.

Dana admires anyone, especially women, who put their name out there to run for office. She had admiration for the late Mayor Sophie Masloff. “She was Mayor when I was in high school, and I remember hearing her voice on the radio some mornings while getting ready, and that got me a little interested in local politics. She was Mayor during very challenging times, and she never backed down for the city she loved. She knew that Pittsburgh had great things on the horizon and pressed on. There are many others that inspire me as well from former Secretary of State Hillary Clinton and Congresswoman Shirley Chisholm, to Alice Paul,” Ms. Brown said.