In 1753, George Washington was sent from Virginia to the Ohio Valley region on a diplomatic mission to ask the French to leave the area. During this trip, he discovered The Point and took note of its strategic location along the rivers, and how it might be used for a fort.[1] If the defendable land didn’t leave an impression on him, the harsh river water and fierce weather certainly did. 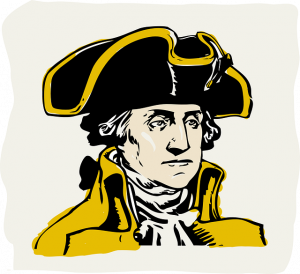 As Washington departed the area to return home, he and his companion experienced the freezing and turbulent water of the Allegheny River. This infamous near drowning is memorialized by the Washington Crossing Bridge (aka the 40th Street Bridge). In his own words, Washington described the experience:

“Before we were halfway over, we were jammed in the ice…I put out my setting pole to try and flop the raft…when the rapidity of the stream threw it with so much violence against the pole, that it jirked (sic) me out into ten feet water: but I fortunately saved myself by catching hold of one of the raft logs…The cold was so extremely severe, that Mr. Gist had all of his fingers, and some of toes frozen.”[2]

After the Allegheny River incident, Washington and his companions continued through the brutal weather. He stated, “… after as fatiguing a journey as is possible to conceive, rendered so by excessive bad weather. From the first day of December to the 15th, there was but one day on which it did not rain or snow incessantly.”

It wasn’t only the weather that was dangerous; the political climate was likewise on edge. The French and Indian War (Part of the Seven Years War) was not yet officially declared, but it was clear battle was not far off. On this journey, the soldiers met with “warriors” who told them of a gruesome murder scene they had just seen. They believed “French Indians” to be responsible for the blood spilt. Shortly after these events, in 1754, the French established Fort Duquesne at the “Forks of Ohio.” [3]

A few short months after his return to Virginia, Washington was sent back to the Ohio Valley to help defend against the French. On May 28, 1754, Washington and his men found themselves in a battle with the French near present-day Jumonville’s Rocks. According to Washington, the battle was quick and lasted only 15 minutes. The French leader, Joseph Coulon de Villiers de Jumonville, was killed by the Iroquoian Chief Tanacharison.[4] Other French soldiers were also killed, and the British took 21 prisoners. This battle was the start of the French and Indian War and was Washington’s first official combat action. 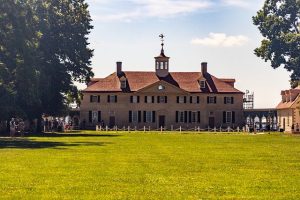 In July 1754, Washington experienced defeat at Fort Necessity. The French attacked the Fort and forced Washington and his men to retreat to Virginia. The French commander, Coulon de Villiers, released his account of what happened, claiming that Washington and his men fired the first shot and retreated in fear. Washington wasn’t going to let this story stand, he stated that the account, “…is very extraordinary, and not less erroneous than inconsistent…It is well known, that we received it [first fire] at six hundred paces’ distance…he called first to parley, which strongly indicates that we were not totally absorbed in fear.”

Regardless of whether the French commander exaggerated, or Washington tried to save face in his account, the fact stands that Washington had to retreat to Virginia. Washington took this defeat hard. He felt it was only right to resign from his military position and began work at Mount Vernon in December 1754.

Unsurprisingly, Washington couldn’t stay away from the military for long. In a letter to Robert Orme, Washington expresses his wish to join General Braddock at the start of his campaign[5]. By March 1755, the Virginian soldier accepted a commission with Braddock’s militia. Inevitably, Washington’s new commission took him back to Pittsburgh.

In 1770, he returned to Southwestern Pennsylvania to scout land for ownership. This journey included scouting around the Perryopolis area, and he eventually had a mill erected where Washington’s Run is. During this scouting trip, he dined at the home of Mr. Magee with Lieutenant Robert Hamilton in what would become McKees Rocks.[6]

After the American Revolution, Washington once again visited Pittsburgh in 1784. During this trip, he inventoried land for purchasing, notated travel routes, rents, and ownership. According to Hugh Cleland, George Washington got into a land dispute for property near Canonsburg, PA. George Croghan and Washington both claimed ownership of the land. The men went to court, and Washington eventually won. These weren’t Washington’s final legal dealings in the area, though. As president, he had to handle the Whiskey Rebellion, but that’s a story for another day.

The Pittsburgh area is peppered with references to George Washington. His interests in the area extended beyond his military career and were personal as well. If you would like to learn more about George Washington and his time in the area, you can visit many of the historic sites, such as the Fort Pitt Museum, or the Heinz History Center.