The History of the Pittsburgh Savoyards

The Pittsburgh Savoyards began as a simple fundraiser and is now the oldest continuously operating theatre in Pittsburgh. In 1938, Harold Gaul of Calvary Protestant Episcopal Church choir in Shadyside decided to stage a production of The Pirates of Penzance as a fund raiser for a youth summer camp. After months of prep work, and negotiations with the D’Oyle Carte Opera Company to produce the only Gilbert and Sullivan show under copyright in the US, the premier production was performed May 9 & 10, 1939 at the Twentieth Century Club in Oakland. Thus the fourth oldest Gilbert & Sullivan company in the US was born. 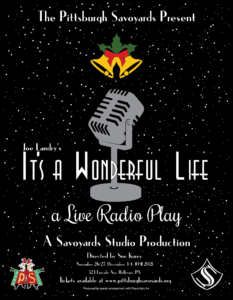 Productions followed quickly with a second season of 3 shows and a commitment to doing even the lesser known Gilbert and Sullivan shows as Ruddigore, virtually unheard of in the US at the time, was the final show of the second season. Of the 14 shows written by Gilbert and Sullivan together, the Savoyards have staged 13. Only Thespis, the couple’s first show together and the only show to which the music has been lost to history, has remained unstaged by the Savoyards (though the company has plans to change that in the near future.) Originally called the Calvary Savoyards, the group quickly adopted the current moniker – G&S fans are often referred to as Savoyards after the Savoy Theatre in London. That theatre was built by Richard D’Oyle Carte as the home for Gilbert & Sullivan (and is where all the operas following Patience debuted.) Fun fact – it was the first theatre to be lit entirely by electric light, avoiding the dangers and cost of gaslight.

In the intervening years, the company has performed at a variety of spaces around the area. From the Twentieth Century Club, the company moved on to outdoor shows at Shenley Park in the mid 1940s, The Syria Mosque, the Carnegie Music Hall in Oakland, Schenley High School, the Antonian Hall at what was then Mt Mercy College (now Carlow University), St Catherine Thomas Auditorium, among others before landing at their current homes the Andrew Carnegie Free Library and Music Hall in Carnegie and the Savoyards Studio Theatre in Bellevue.

Like most theatre companies, there have been many times of both feast and famine. Casting during World War II was difficult and the company shrunk to only one show a year but persevered. Several Savoyards gave their lives serving overseas in World War II and other conflicts, while many families began with the meeting of two people during a Savoyards production. At times the group grew so large the casts featured over 80 performers. After World War II the company became officially incorporated as a non-profit. The company settled into a groove of producing 2-3 shows per season and while occasionally stepping out of the G&S mold to offer productions of Die Fledermaus, Amahl & The Night Visitors, The Messiah, and others there was always at least one G&S each season. 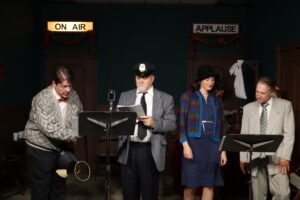 When the 1990s came around, the seasons shrunk to two, and occasionally only one show. Performance space availability became a huge issue as the ACFL&MH underwent renovations. The company returned to that space as their home in 2009 once those were completed, but was still rehearsing in a dilapidated former elementary school. In 2019, the company moved their rehearsal and build space to Lincoln Avenue in the heart of Bellevue. This move has allowed for a needed stability as well as expansion for the company. The company renovated the space into a small black box theatre, The Savoyards Studio Theatre, to allow the addition of two non Gilbert and Sullivan shows to the season, as well as space and time to offer classes.